The Nigeria Skits Industry Festival and Awards event has been postponed due to the sudden death of the Council Vice Chairman, Joshua Oloru… 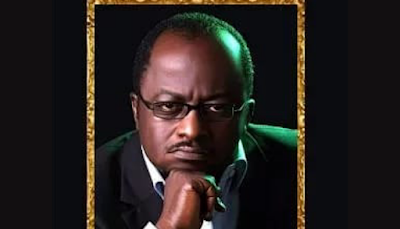 The Nigeria Skits Industry Festival and Awards event has been postponed due to the sudden death of the Council Vice Chairman, Joshua Olorunfemi.

This was announced on Saturday by the organisers in a statement titled, ‘Postponement of NSIFA’.

Due to Olorunfemi’s death after a brief illness, the event which was scheduled to be held on December 12, 2021, has been postponed to a later date.

The statement partly read, “For a man who gave so much to bring the project to the point it has attained today from the drawing board, even still churning out creatives on his sick bed, his sudden death has left us shocked, momentarily stupefied and greatly traumatised after all we have been through together and the dream we all nurtured.

“It is for this reason that the Awards Council after wide consultations with stakeholders has decided to postpone the all set awards scheduled to hold on the 12th December, 2021.

“This is the least we can do, knowing that the Awards will forever be an eternal testament of the good man that he was to us as a team.

“We regret most sincerely this sudden postponement as we plead for the understanding of all from our vendors; scheduled performing artists; the great Nigerian Skit Stars and other professionals in the industry to the very important dignitaries in and outside of Government in Nigeria, our local and foreign guests (particularly the Skit makers from neighbouring countries who have arrived or scheduled to depart their countries tomorrow), our host state of Lagos; the Governor, Babajide Sanwoolu and people of Lagos; our lead Corporate supporter, Nigeria Breweries Plc. and indeed, the over-expectant Nigerians.

“We remain committed to every promise of what this awards will be and achieve when we come out of this grieving moment.”