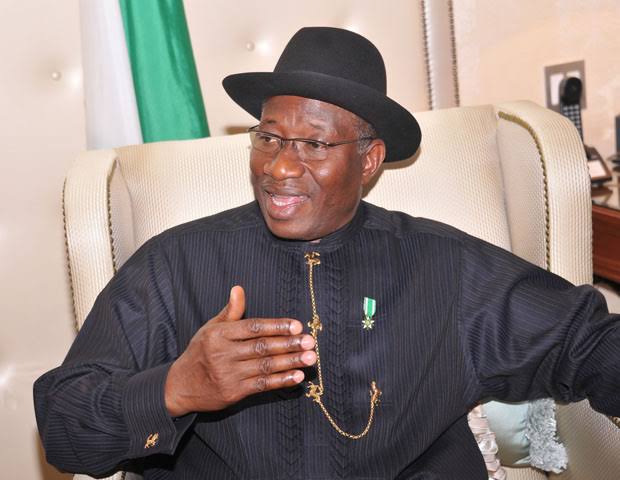 Former President Goodluck Jonathan says governments at all levels need to make information available to the public to stop the spread of fake news.

According to NAN, Jonathan said this on Friday at the 10th anniversary of the Freedom of Information (FOI) Act awards night in Abuja.

Represented by Ann Iyonu, the executive director of Goodluck Jonathan Foundation, the former president said citizens will not fall victim to fake news if they are well informed.

He said that increased access to information would help enhance the development.

“I want to commend the organisers of this initiative because access to information is important to the growth of our society considering the times we are in today,” he said.

“When citizens are well informed, they will not fall victims of fake news that is spreading in our society and often driven by speculations and falsehood.

“My administration enacted the FOI act on May 28, 2011, to expand the media freedom and give people reasonable access to information on the activities of government for the good of the society.

“I believe that for a society to grow and develop, people should be granted more access to official information.

“We are now in the digital age, which means the society will not function well if the people do not have adequate information on how government business is conducted.”

Jonathan further stressed that if the process of governance was not reasonably opened up, people would generate false information that would create problems for society.

Lanre Arogundade, executive director, International Press Institute, said there has been tremendous progress since the signing of the FOI Act on May 28, 2011, by the Jonathan administration.

“A decade on, I am happy to stand before you to say tremendous progress has been made, yet there are opportunities for more to be done using the FOI,” he said.

“On behalf of the International Press Centre, the Media Rights Agenda and partners of the European Union Support to Democratic Governance in Nigeria (EU-SDGN) therefore, I welcome you all to this celebration of history.”

Arogundade said that the 10th anniversary of the FOI Act was a milestone worth celebrating, adding that it was also an opportunity to take stock and strategise on improving the implementation and the usage of “this important law in the years to come.”