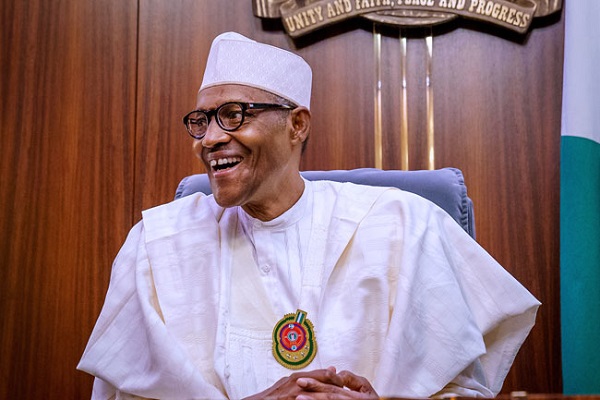 In a statement yesterday in Abuja by his Special Adviser (Media), Ola Awoniyi, the Senate President said: “I join the multitude of fellow Nigerians and your other well-wishers across the globe in thanking Allah for His great gifts of good health and long life to you…

“The National Assembly will continue to work with you in line with our shared vision and in the best interest of our dear nation.”

Gbajabiamila, who congratulated President Buhari through a message by his Special Adviser on Media and Publicity, Lanre Lasisi, said: “Mr. President, Nigeria and Nigerians are proud of you. The way you have been steering the ship of the Nigerian state has been commendable.

Deputy Speaker of the House of Representatives, Rep. Ahmed Idris Wase has said that President Muhammadu Buhari deserved to be judged fairly based on his track record in the last six years.

In a congratulatory message by his Chief Press Secretary, Umar Muhammad Puma, the Deputy Speaker described President Buhari as “a patriotic, compassionate leader whose love for the nation and achievements will stand him out in the annals of Nigeria’s history”.

In a congratulatory message by his Chief Press Secretary, Mr. Gboyega Akosile, Governor Sanwo-Olu said: “You have contributed immensely to the unity, growth and development of Nigeria right from your youthful days till date, having served in different capacities as Minister of Petroleum Resources, Head of State and currently President of the Federal Republic of Nigeria and Commander-in-Chief of the Armed Forces.”

Oyetola, who congratulated President Buhari through a statement in Osogbo, the state capital, by his Chief Press Secretary, Mr. Ismail Omipidan, said: “It is noteworthy to mention that, despite the challenges confronting us as a country, you have made remarkable and impactful contributions to the growth and development of the country. You have remained an incorruptible and honest leader.”

Ngige, in a statement by his Media Office in Abuja, described the President as a colossus who, upon crossing the Rubicon in 2015, retrieved Nigeria from a threatening morass, and set her on a fruitful march of socio-economic and political recovery.

He added: “…The expansion of roads and railway infrastructure, illustrating the unambiguous commitment to national infrastructural rebirth, and summarised by the administration’s five legacy projects, viz: the Second Niger Bridge, now 80 per cent completed; the Lagos-Ibadan-Ilorin-Kaduna road; the East-West road; Abuja-Kaduna-Kano road and the Mambilla Project and more!”

The event, with the theme: Enhanced Partnership for Common Development and Prosperity, is being hosted by Turkish President Recep Tayyip Erdogan.

A statement yesterday in Abuja by the Senior Special Assistant to the President on Media and Publicity, Mallam Garba Shehu, said the agenda of the event includes reviewing the cooperation between African countries and Turkey since the last summit in 2014.

The third Turkey-Africa Partnership Summit is coming on the heels of President Erdogan’s recent state visit to Nigeria.

The President is expected back in Abuja on Sunday, December 19.

Tonto Dikeh : ‘You may be doing way better than us’ Actress exposes the numerous lies of Nigerian celebrities