Uzodimma: I’ll reveal names of those sponsoring insecurity in Imo by January 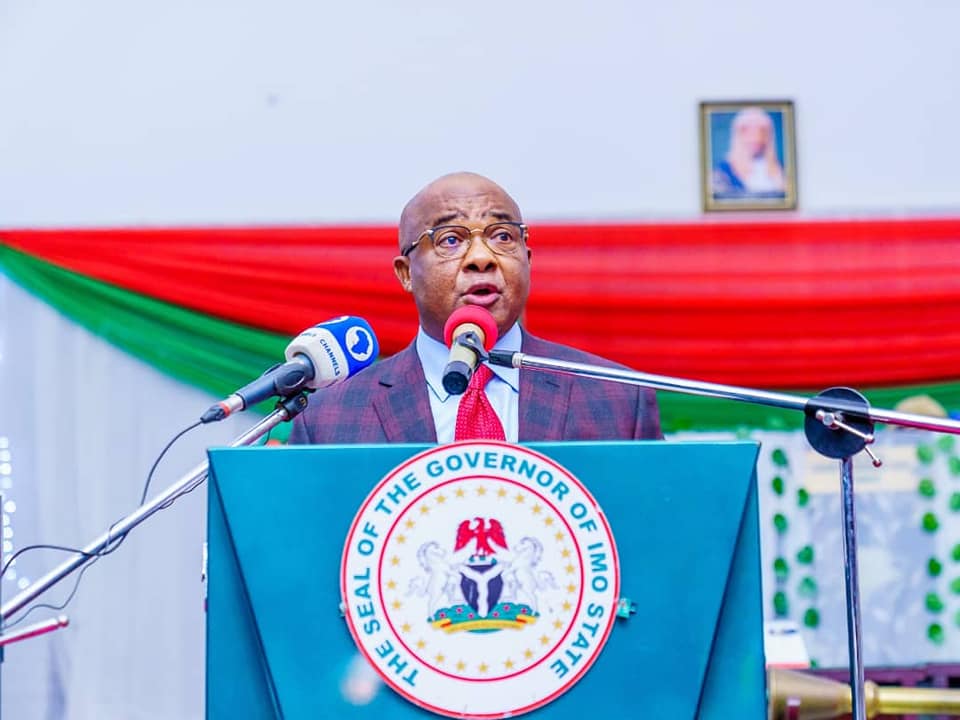 Hope Uzodimma, governor of Imo, says he will disclose the names of those sponsoring insecurity in the state.

The governor said this on Saturday while addressing elected officials of the All Progressives Congress (APC).

He said 18 suspects arrested by security agencies had made confessional statements and revealed the names of those sponsoring insecurity in the state.

Uzodimma added that he would disclose these names during a meeting with stakeholders in Imo scheduled for January 3, 2022.

“All the people that were hired to kill our people, we have started picking all of them. As of now, we’ve picked 18 suspects. Some of them have confessed those who are paying them,” he said.

“We have gotten the bank account from where they have been transferring money to them and we have the evidence. When I will address Imo stakeholders on January 3, I will call their names one by one.”

The south-east has witnessed increased attacks in recent times, with Imo being one of the hardest-hit states.

The state had been particularly affected by the sit-at-home order of the proscribed Indigenous People of Biafra (IPOB) with businesses shut down every Monday for five weeks earlier this year.

In May, the governor had said those sponsoring violence in the state will soon be exposed.

The governor had blamed the attacks on aggrieved politicians, adding that the sponsors of the violence are persons who unhappy with his achievements after one year in office.

Uzodimma further said his administration will use all lawful means to crush criminals in the state.