Clark to Obasanjo: Your disdain, insincerity to N’Delta people have not stopped 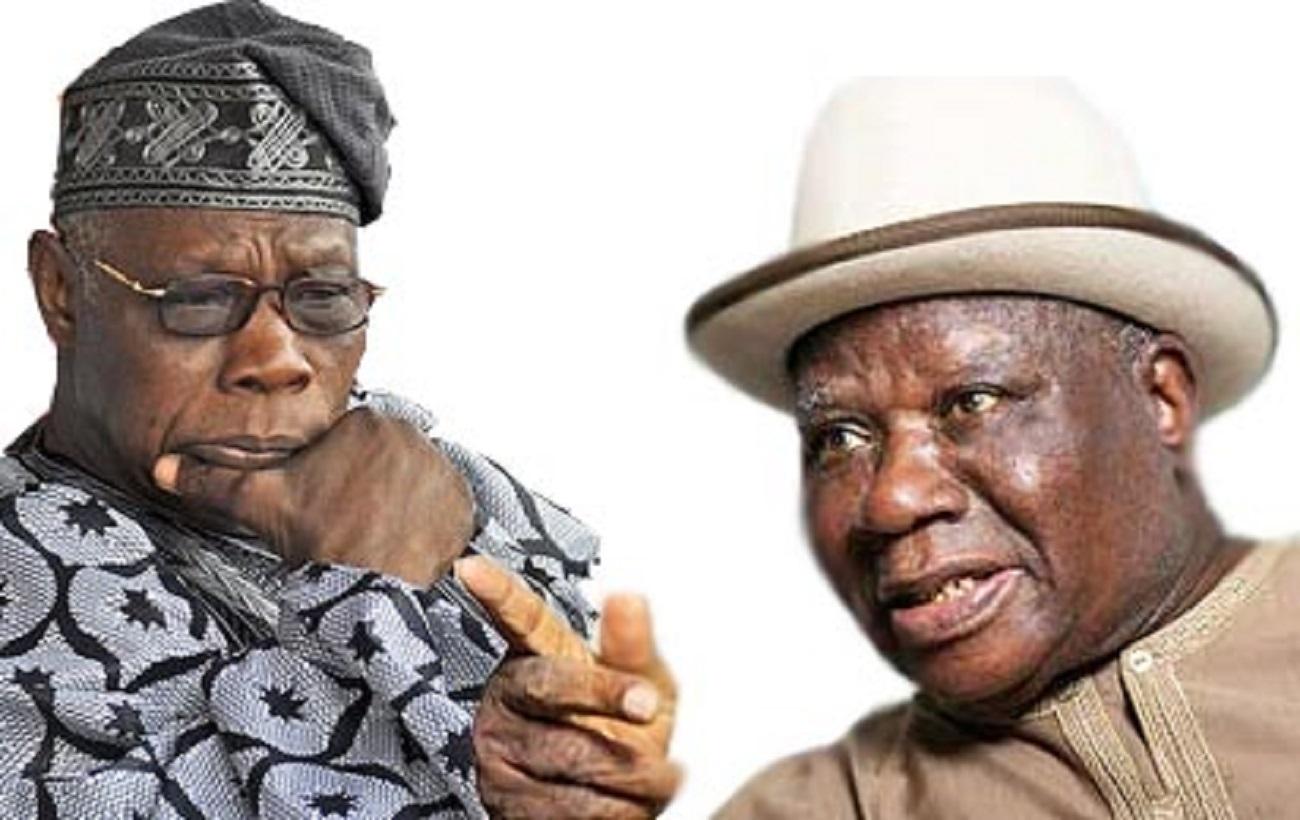 South-South leader, Chief Edwin Clark, yesterday, took a swipe at former President Olusegun Obasanjo, saying his disdain and insincerity for the people of Niger Delta has not in any way been reduced.

Clark in a personal letter to Obasanjo, said his comments that the oil found in the Niger Delta does not belong to the people of Niger Delta, represents his continuous arrogant stance and disposition against Niger Delta.

He said: “Please be informed, Your Excellency, that henceforth, together with other groups with whom we are working, the Afenifere of South-West, the Middle Belt Forum and the Ohanaeze of the South-East, we will take a critical look at any hypocritical dialogue you want to invite us to, or co-chaired by you until our rights under the constitution are recognised and respected. This also serves as notice that we withdraw from the communique issued by you at the end of the two days meeting.“

“By the way, may I ask you, why you have not made a similar outburst against the open declaration of the governor and the people of Zamfara State, that the gold under their soil belongs to them? Where were you when people went to the Villa, accompanied by the Governor of the Central Bank of Nigeria, CBN, Godwin Emefiele, to present a gold bar to President Muhammadu Buhari, mined by the government and people of Zamfara State, as their property? Your Excellency probably did not speak because Zamfara State belongs to the North, whose interest you continuously hold dear to your heart.

“This inconsistency is what many other elder statesmen, like myself, are unable to tolerate. If this country must remain peaceful and united, it must be based on truth, justice, equity, same rules for all. As the saying goes, what is good for the goose is good for the gander.

“Your views represent the continuous arrogant stance and disposition against the people of Niger Delta. This is despite the environmental damage the region is suffering. Your Excellency did not deem it fit to empathise with the people of Nembe, Bayelsa State, in the recent pipeline leakage, which has inflicted untold hardship on the people of the area and caused humungous damage to the area; the aquatic life is destroyed.

“The people can no longer engage in their major source of livelihood, fishing can no longer be practised. There is hunger, starvation is staring at the faces of people, including infants. The soot in Rivers State has assumed an alarming dimension with no hope of abating in the near future.

“The only thing people like Your Excellency are thinking of is how much a barrel of oil costs, how much revenue is continuously accruing to the country from the despoiled and ravaged Niger Delta. A region where there is not even water to drink. To Your Excellency, the oil belongs to the country, while the sufferings belong to the people of the region.

“I am not surprised because your open hostility for the Niger Delta was equally displayed when derivation went down as low as zero per cent during your period as Military Head of State. Even the current 13 per cent, which happened reluctantly under your government later, came about after a sustained legal action to force you to implement what was provided for by the 1999 Constitution.

“Your Excellency’s disdain and insincerity for the Niger Delta has not in any way reduced. We still remember the fact that as President, in 1999, you drafted the Niger Delta Development Commission, NDDC, bill as one of your first bills, but later refused to sign it into law. You also decided not to pay the full entitlement to the commission until you left office.

“You tried to kill the Brass Liquified Natural Gas, LNG, by bringing your proxy, Funso Kupolokun, from retirement to be the Group Managing Director of the Nigerian National Petroleum Corporation, NNPC, to pursue the failed Olukola Liquified Natural Gas project; as a result, Chevron withdrew its shares from the Brass LNG Company. Your Excellency, be rest assured that the people of the Niger Delta will always rise to defend themselves and their region.

“Let me begin by thanking you for finding time to stop by at my Abuja residence on Monday, December 13, 2021, to check on my well-being and state of health; a visit that also afforded us the opportunity to discuss matters pertaining to the state of our nation, which, unfortunately, continues to drift to very disturbing levels. I am indeed very grateful.

“Your Excellency, in the course of our discussion, which was cordial, you did not mention neither did you show any form of distraught or anger with Niger Delta.”

“Your Excellency will recall that a summit was organised by a group, Global Peace Foundation, on Monday, 13th December 2021, the same day you came to visit me, to which various groups and individuals were invited, and Your Excellency happened to be one of the invitees. I was equally invited. But because as Your Excellency knows, I am recuperating from an ailment, and since I have been told by my doctors to take things easy, I asked His Excellency, Ambassador Godknows Igali, a retired Permanent Secretary with the Federal Civil Service, and a former Ambassador, to kindly represent me at the Summit together with Mr. O’Mac Emakpore, a retired Director with the Nigeria Television Authority, NTA and Engr. Ebipamowei Wodu, the Secretary-General, Ijaw National Congress, INC.

“As I stated, in the course of our conversations, Your Excellency did not mention to me of any grievances you have against the Niger Delta region. So, it was a rude shock to me watching videos, both on conventional media and social media, where you displayed what I will like to describe as an unstatesmanly attitude on your outburst, hitting the table with your hands, that the oil found in the Niger Delta region does not belong to the people of the Niger Delta.

“With all due respect, Your Excellency, your outburst towards your fellow participants in a Summit, to which everyone present was invited, is, to say the least, disappointing, when you displayed a hate attitude against the people of the oil-producing states in Nigeria. You openly interjected both Engr. Wodu and Mr O’Mac Emakpore, each time they tried to speak.

“Your Excellency, we have known ourselves for several decades, since 1975, when we served as Federal Commissioners (Ministers) in the cabinet of General Yakubu Gowon’s government, together with His Excellency, late Alhaji Shehu Shagari, late General Murtala Mohammed, amongst others.

Natural resources found in regions were controlled by the people of the regions in the country as enunciated in Section 140 of the 1960 Constitution. As a former Military Head of State of Nigeria, 1976-1979, and later a democratically elected President of the country, 1999-2007, I am certain Your Excellency knows that the principle of derivation has always been top on the agenda of our national discourse, before and after the country’s Independence.