•We will ensure justice, says Dabiri-Erewa 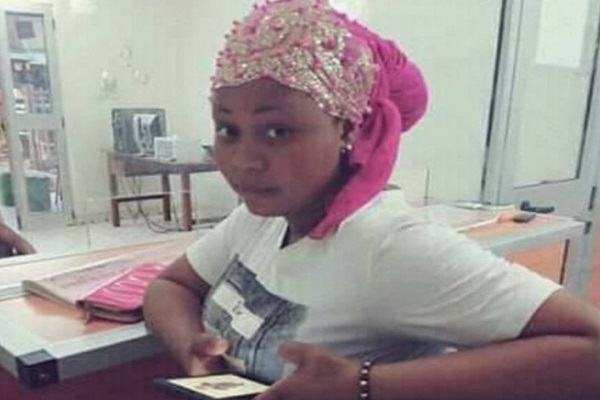 The Federal Government and the family of Itunu Babalola, a Nigerian lady who recently died in Cote d’Ivoire’s Prison, have rejected the result of autopsy conducted on her body by the country’s authorities.

Father of the deceased, Mr. Emmanuel Babalola, his wife Adebukola, and Nigerians in Diaspora Commission (NiDCOM) Chairperson, Mrs. Abike Dabiri-Erewa, stated this yesterday at a meeting at the NiDCOM office in Lagos.

Babalola, who spoke with reporters while on a thank-you-visit to Mrs. Dabiri-Erewa, said the family was demanding justice and a thorough investigation into the cause of their daughter’s death.

Itunu’s father, who spoke amidst tears, said even though he did not understand French Language, medical experts he consulted, said the cause of Itunu’s death described as “septic complication by acute respiratory distress” was not accurate and misleading.  “If not because of the commission’s chairman, my daughter’s body would not have been released,” he said.

Babalola thanked Mrs. Dabiri-Erewa “for doing everything humanly possible to see to the comfort of his daughter while in prison and ensuring her release through appeal of her sentence in court”.

He alleged that his daughter was victimised while in the prison, appealing to the Federal Government, the Ministry of foreign Affairs and the National Assembly to wade into the matter urgently.

The father said: “We are not satisfied with the autopsy result. Before she died, she was bleeding from the mouth and nose. The police chief who started the case was at the prison where she was kept. He said Itunu was still fat. My daughter told him nothing would happen to her.

“Itunu was promising and caring. She was my confidant. On my birthday, unknown to me, she got a caterer to cook and organise my birthday.

“She didn’t do anything. Her properties were stolen. She was asked to collect N100,000, but she rejected it, saying the worth of her stolen properties was N300,000.  The Federal Government should keep asking questions about Itunu’s death.

“This has put me in sadness since then. I want the case to continue. I reject the autopsy. I want to know the cause of her death. I want the Federal Government to please help me and investigate further what led to her death.”