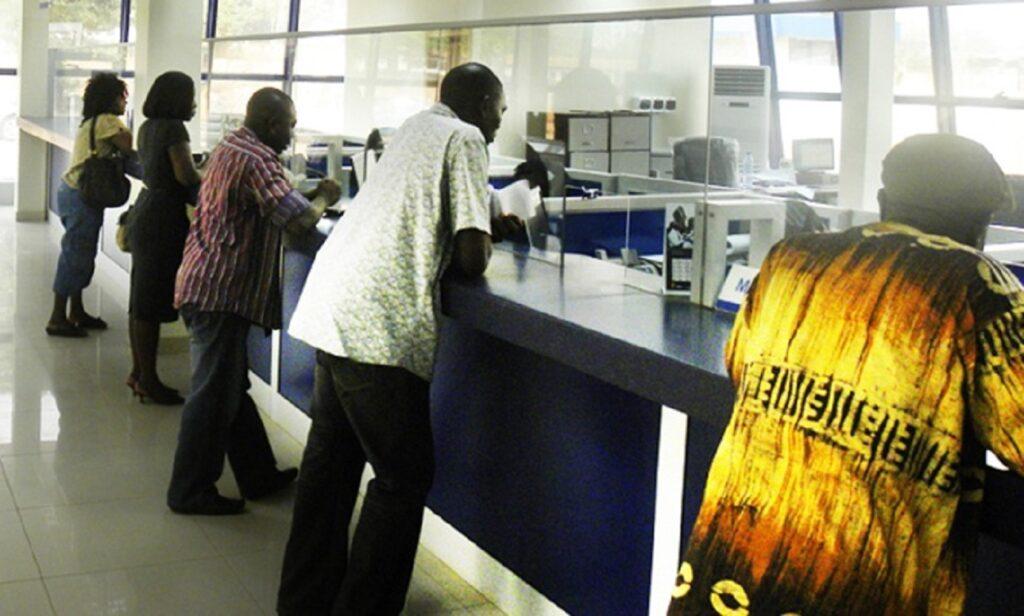 Vanguard investigations however revealed that the cash shortage emerged about two months ago, with bank customers complaining of inability to withdraw cash from many banking halls in some parts of Lagos.

The situation, however, worsened and spread to other parts of the country as preparation for the Christmas and New Year festivities triggered increased cash demand. Vanguard gathered that the Northern states were worst hit, while in the South-West and South-East, it was the same story.

Narrating the experience of bank customers in Afe Babalola University, Ado Ekiti, Ekiti State, Aare Babalola, said: “Customers could not withdraw cash from the ATM machines in my university.

“The banks operating in the university also had no cash to pay to customers. The saving grace was that the students who rely on ATM machines were on holiday.”

Speaking on condition of anonymity,  an accountant in a Lagos-based company said his company had a  similar experience just before the Yuletide at one of the Apapa branches of a Tier-1 bank.

He said that the company had planned to pay salary advance to some casual workers ahead of the Yuletide but couldn’t get money from the bank’s branch.

He said that he was told at the bank’s branch that the bank did not have cash to satisfy his demand.

Similarly, a union executive, who also declined to be named told Vanguard in Lagos that the union was forced to split the cheque for planned end of year purchases in bits to enable it withdraw the cash needed for the purchase from different bank branches in different locations.

A female resident of Festac Town, Lagos, who simply said she is Rita, also narrated to Vanguard how she could not withdraw cash from the Apapa branch of another Tier-1 bank.

“The branch manager told me that they don’t have cash,” she said.

Confirming this development to Vanguard, a senior bank official in one of the Tier-1 banks, said the cash shortage was an industry challenge and it emerged about two months ago.

Speaking on condition of anonymity, the official who heads one of the branches of a Tier-1 bank in Lagos, said: “Yes, it is in all the banks. I don’t really know what is going on. I will just be in my office and hear customers calling me that they want to withdraw cash and the staff were saying there is no money, and I will call somebody downstairs to help me look for cash  or call another branch that we need cash, ‘can I send someone to you to collect some cash?’

“It has been like that for a while. There is even no cash to feed the ATMs.“I know that sometime in 2020, there was an issue with the Inspector General of Police, when he said the number of policemen escorting bullion vans was too small, and that the banks should increase the number of police.

“It was an issue because the banks said that the cost of moving cash was too expensive, that they cannot afford adding five policemen to the number that escort bullion vans.

“The fact is that the cost of moving cash is too expensive and the customers are not ready to pay.

“As a result of that, there was a cash shortage around that time in 2020 but somehow they were able to resolve the issue. But in the last three or two months, the shortage has re-emerged and I don’t really know what is going on.

“It is not that the banks are insolvent. But the customers can transfer money. It is just that there is no cash. Cash is the problem.

“The customers’ funds are there in the banks. They can move their money, it is just that there is no cash and it is an industry challenge.

“We have not been supplied cash, we don’t have cash in the last few days, we have had to rely on customers whose businesses are cash-oriented. That is what has been happening.”

Analysts, however, said the cash shortage may be due to the discretionary Cash Reserve Ratio, CRR, debits imposed on banks by the Central Bank of Nigeria, CBN.

The CRR is the amount of deposit banks are mandated to keep as cash with the CBN.

Presently, the CRR is 22.5 per cent but the apex bank in its bid to manage money supply imposed discretionary CRR debits on the banks. Speaking in this regard, Mr. David Adonri, Managing Director/CEO, Highcap Securities, described the widespread cash shortage as alarming, saying that it justified the call for a reduction in CRR deposits.According to him,

“The cash crunch is a serious issue. It is capable of eroding depositors’ confidence in the banking industry.

“If the situation leads to a run on banks, it can lead to collapse of the payment system.

“The situation is highly alarming. It needs immediate intervention from the CBN. The banks have been complaining bitterly about the impact of the high CRR on their cash positions. What is happening appears to justify the call for reduction in CRR and also for CBN to pay interests on bank statutory deposits. Cash needs to be urgently moved to banks by CBN to avoid catastrophe,” he said.

However, Ayodeji Ebo, Head, Retail Investment, Chapel Hill Denham, noted that there was no cash crunch in the banking system, saying that banks may have been trying to manage their deposit position in order to close the year on a strong footing.

He said: “In my view, I am not sure there is any cash crunch in the banking system. Inter-bank rate is still at reasonable levels (10 per cent as at  December 31, 2021). I believe what might have happened is that banks were trying to manage their deposits position as at year end to close on a strong position.“Business activities should return to normal this week.

“That said, CBN may need to reduce the discretionary Cash Reserve Ratio (CRR) debit to increase cash liquidity in the financial system if this continues after this week.”

Meanwhile,  a senior official of the CBN, who spoke on condition of anonymity, said that he was not aware of cash shortage in the banks.

He promised to investigate and respond later.

Lamenting the dearth of cash in the banks,  Aare Babalola, SAN, warned that the implications could be very devastating to the nation’s economy.

Babalola, in a statement entitled Cash Crunch by Banks: Damage May Be Worse Than COVID-19,  called on the Federal Government to critically look into the situation and attend to it promptly.

READ ALSO: PROPHECY: Naira to rise again, a Governor ‘ll lose his seat through court order and what to expect in 2022 — Prophet Samuel

His words: “Cash is useful for payments and for other transactions. It is favoured by the elderly and marginalised, low-income people. Cash becomes especially useful when natural disasters cause power shortages and destroy computers.

Cash is the safest mode of payment and financial instruments for the public in under-developed countries like Nigeria.

“In recent times, the Central Bank and Commercial Banks have inflicted cash crunch on bank customers in the country.

“The cash crunch was felt virtually throughout the country. Many banks had turned customers back for lack of funds while those who had the misfortune of gaining entrance into the banking halls went home disappointed. Customers could not withdraw cash from the ATM machines in my university.

“The banks operating in the university also had no cash to pay to customers. The saving grace was that the students who rely on ATM machines were on holiday.

“Nigeria used to be a developing country but in the past few years, what we experience is backward development.

“Time it was that our economy was basically trade by barter. Gradually, traders exchanged goods for cash. Now most Nigerians earn their living from daily sales. These include market women, transporters, hawkers, vulcanizers, plumbers, roadside mechanics, hairdressers and so on.

“In the absence of sales through cash, these large proportions of Nigerians suffer more than the few wealthy Nigerians by the cash crunch imposed by the Central Bank and the commercial banks.

“The popular African adage is that when hunger is eliminated from one’s problems, the remaining problems become easier to solve”.

“COVID-19 was regarded as a dangerous and a dreaded epidemic which kills its victims but I dare say that cash crunch kills faster than COVID-19 and certainly will kill more people than COVID-19.

“According to study by Johns Hopkins, every minute, hunger kills 11 people compared to  seven COVID-19 deaths”.

“Hungry families also resort to desperate measures such as sale of babies, child marriage, banditry and kidnapping in order to secure food for the family.

“According to Luiz Inacio Lula da Silva, former President of Brazil, “Hunger is actually the worst weapon of mass destruction. It claims millions of victims each year.”

“We are our brother’s keeper.

“Some might say that in the developed countries, much cash would not be in high demand because of cashless payment policy.

“Yes, it only works because their governments have created enabling environment for such technology to thrive.

“In the Nigerian context, a country that prides herself in much of analogue platforms that cannot transmit election results because 301 out of her 774 Local Government Areas could not have access to internet can, therefore, not effectively run a cashless environment needless to successfully implement the so-called “Naija e-wallet.

“Even if the motive is to fully implement a cashless payment policy, then a robust change management policy must have been put in place that will not inflict hardship on the masses. Although cashless payments are becoming increasingly common, the demand for cash is rising in many advanced economies.