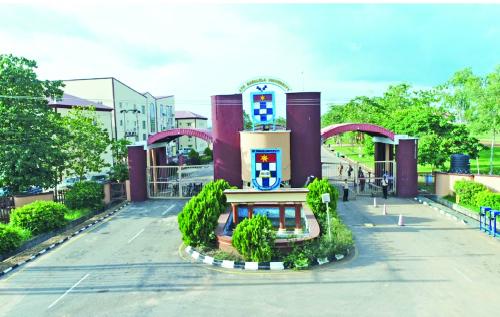 The efficacy of the herbal drug to combat Covid-19 developed by Afe Babalola University, Ado-Ekiti (ABUAD) has been put to test as 19 patients of the dreaded disease have recovered through the usage of the drug.

The founder of the University, Aare Afe Babalola who made the revelation said the number of those healed by the herbal drug is increasing by the day since its approval a few weeks ago by the National Agency for Food Administration and Control (NAFDAC).

Babalola noted that the research department of the university over the years has been churning out meaningful new discoveries aimed at solving the socio-economic problems of the country.

Babalola who said this in Ado-Ekiti, the Ekiti state capital on Tuesday during a ceremony commemorating the 12th anniversary of the establishment of ABUAD, added that he conceived the institution in 2010 to contribute to the nation’s education development in the area of research, teaching and community service.

we have been going from strength to strength, making exploits in all our endeavors. Our vision is to make this place a great institution in the university education in the country in teaching, research and community service.

“I can confirm to you today that our herbal drug produced through extensive research by our team of researchers has healed about 19 patients who contracted covid-19 pandemic. They were healed perfectly less than five days of usage, that tells you the level of our research in ABUAD.”

He lamented that the nation has been facing series of challenges created by the 1999 constitution imposed on the people by the military, calling on the national assembly to pass a resolution adopting the 1960 constitution before the next year’s polls in the interest of the country.

According to him, “We must avoid recycling the old failed leaders in the governance of this country. Any mistake in electing a new set of leaders under the present constitution will ruin Nigeria completely.

“The simple way out is for the National Assembly is to pass a resolution adopting the 1960/1963 constitution with necessary amendments such as having in place six regions and one-house parliament.”

Describing these universities as “political universities”, the elder statesman said this situation if not nipped in the bud by NUC and the ministry of education, it would have adverse effect on the nation’s education sector.

“ The ministry of education and NUC should exercise their powers to checkmate this in the interest of quality education in the country because what these ambitious members of the national assembly have done amounts to usurpation and abuse of power.

“ Every attempt must be made by all stakeholders to put a lid on the establishment of political universities that hardly survive those who put them in place after they are out of power otherwise, there will be a crash in the quality of private universities,” he said.

Babalola at the event invited President Muhammadu Buhari to visit the university and see the landmark achievements in the last twelve years which he said had been acknowledged by both local and international organizations, saying, “the president should find a way of replication our universities in the different geo-political zones of the country.”