PAIN IN THE NECK

A PROTESTER’S bizarre demo brought a Prem game to a standstill last night when he tied his NECK to the goalpost with CABLE TIES and needed a pair of bolt cutters to be set free.

The daft stunt at Goodison Park took an even more bizarre turn when another fan from the crowd then ran on the pitch and tried to attack the man for disrupting the match. 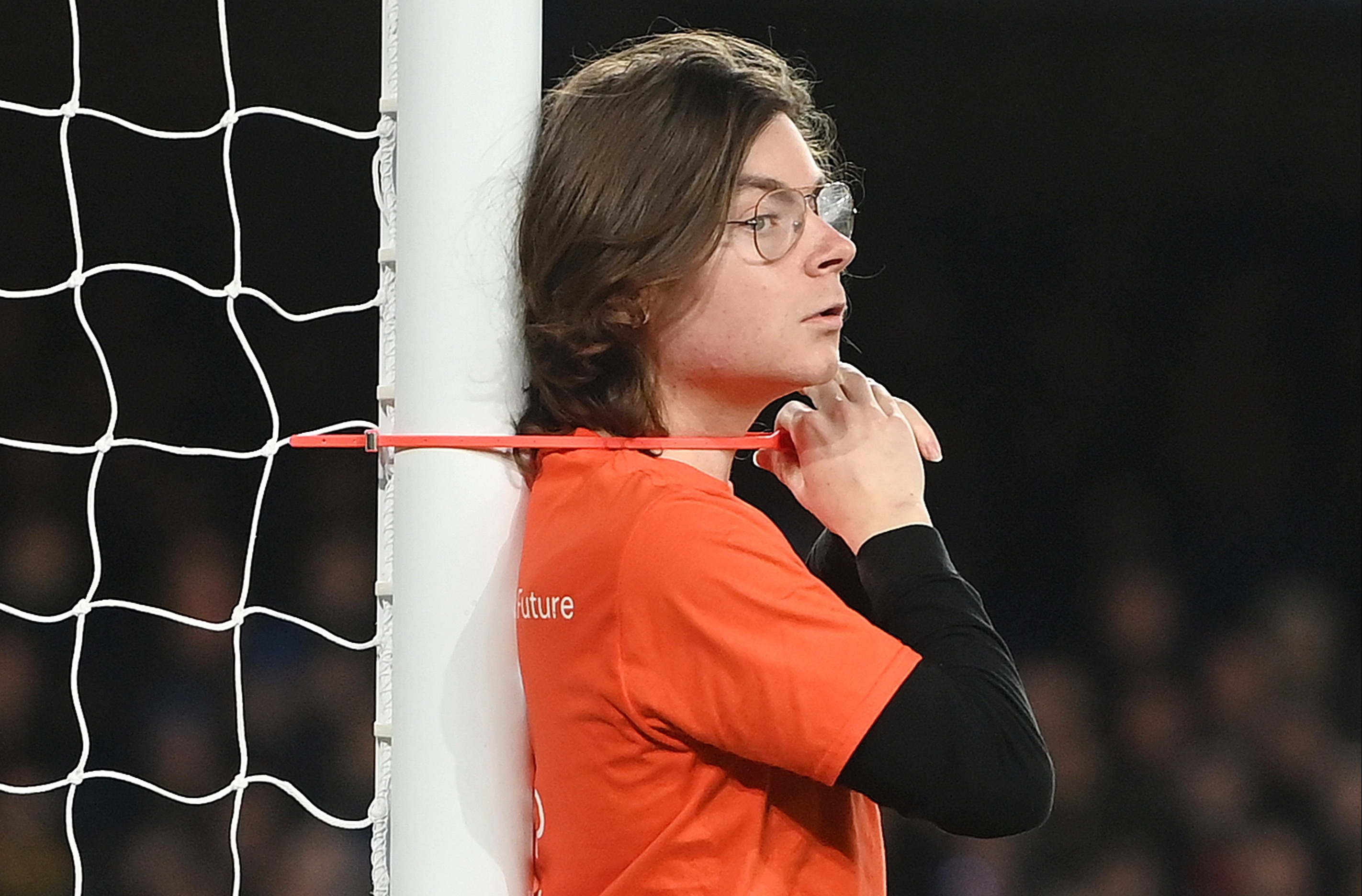 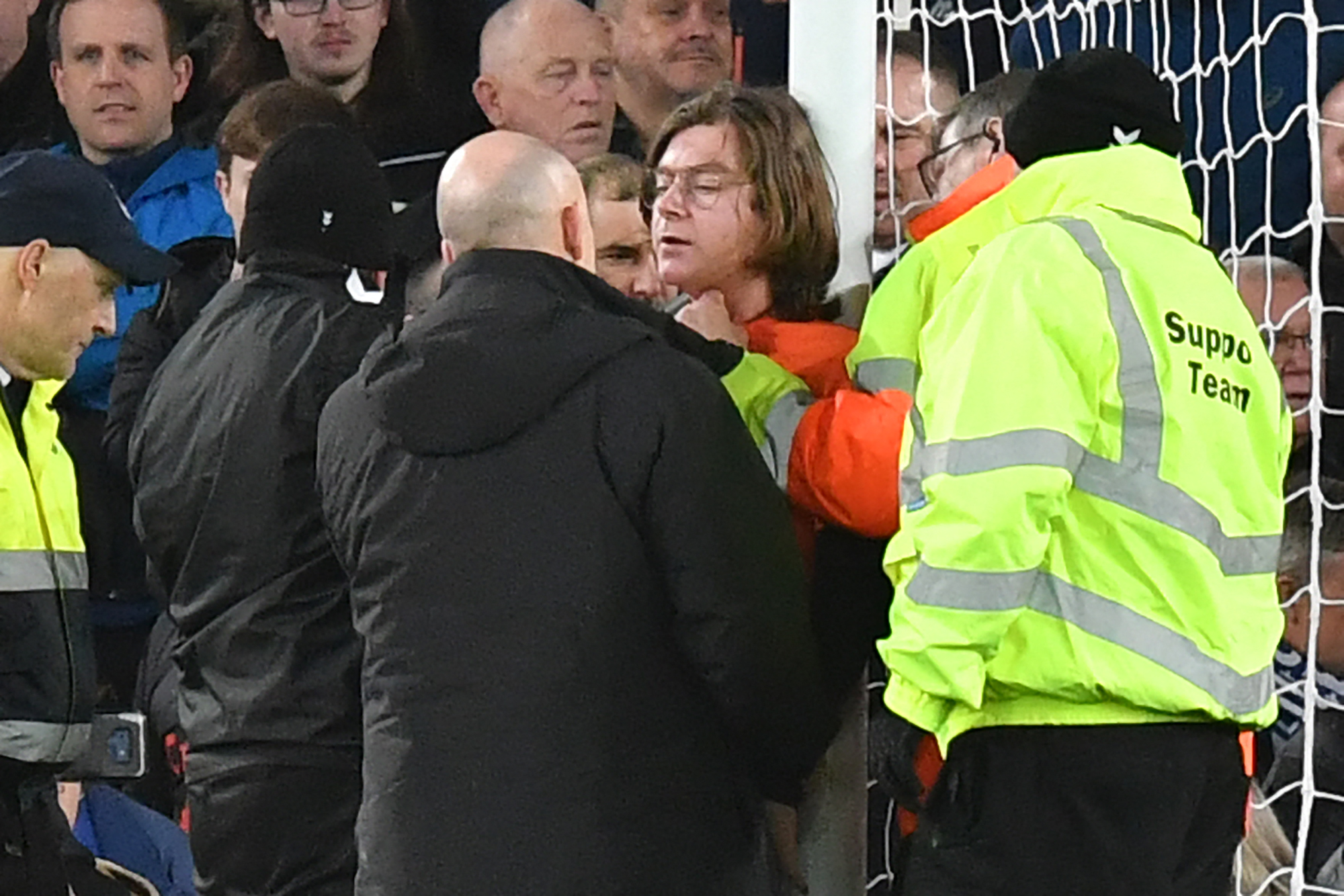 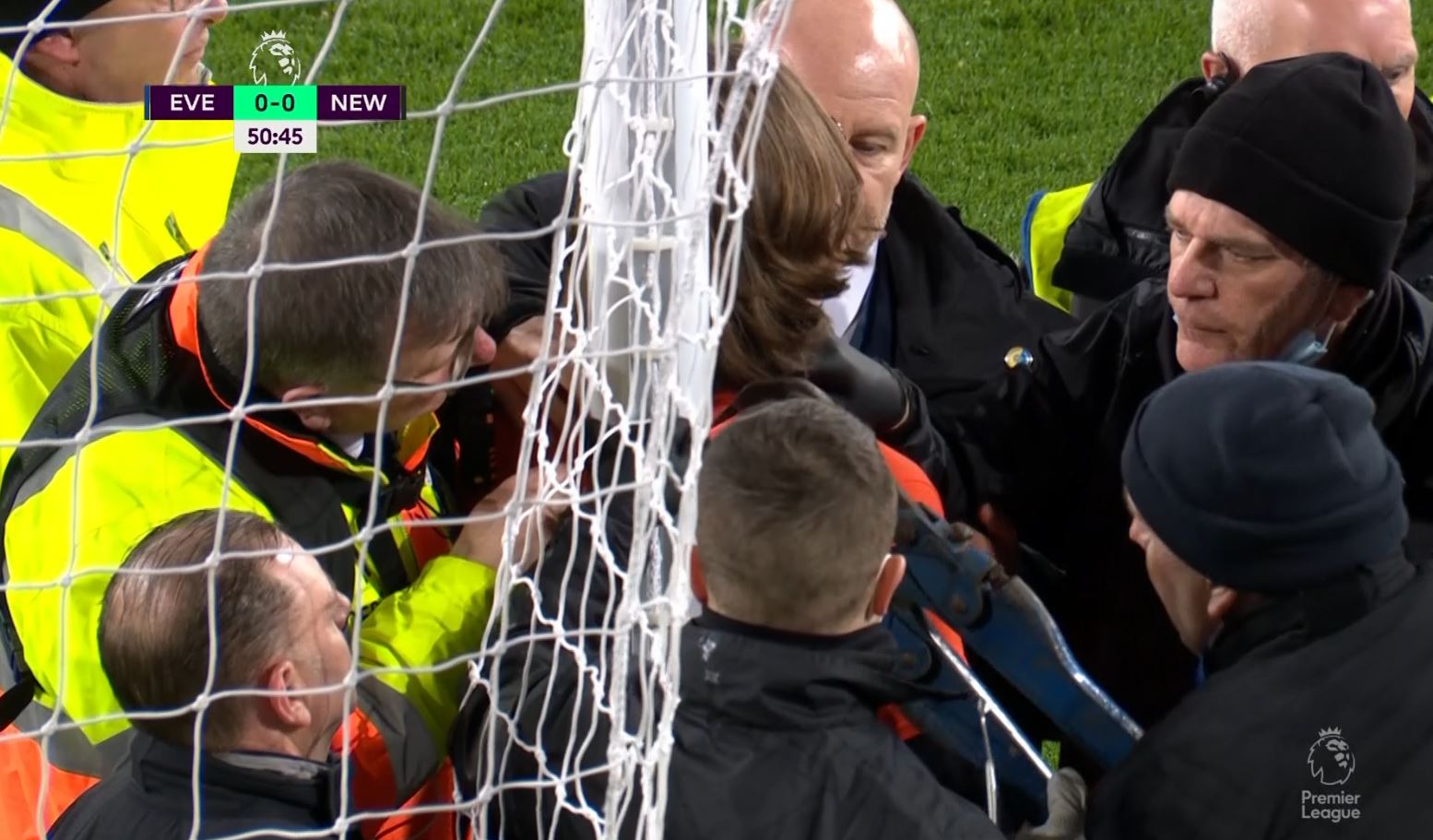 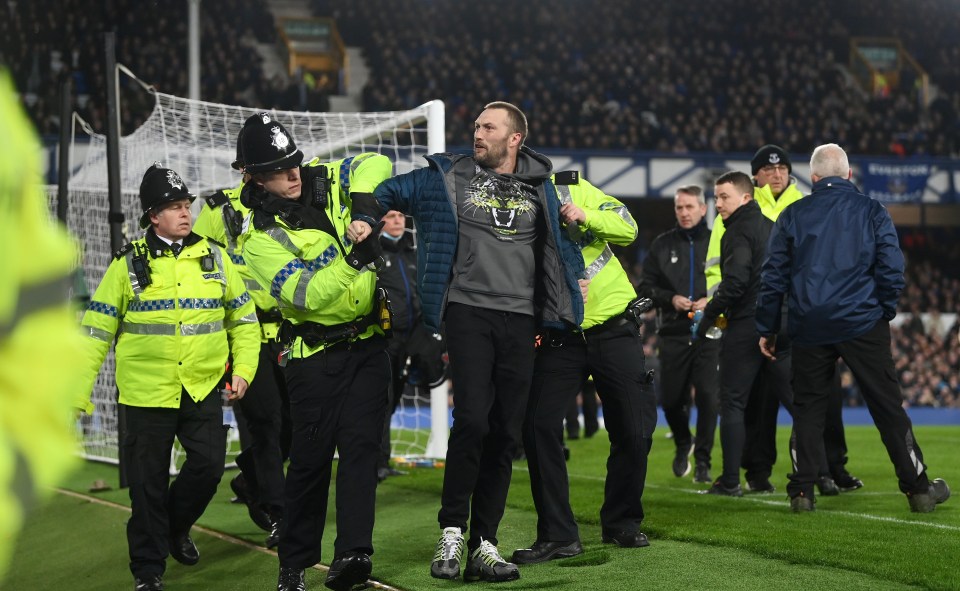 The long-haired attention-seeker, wearing a red T-shirt ran on to the pitch early in the second half of Everton’s Premier League clash with Newcastle.

And referee Craig Pawson halted play as an army of stewards, police and safety officers came on to get the man off the pitch.

However, it took a while to get him released due to his precarious situation.

And when he was finally was, with the giant tools, he slumped to his knees on the goal line and unbelievably refused to budge.

Everton fans voiced their anger and two even tried to run on and attack the attention seeker.

Stewards eventually carried the protester away – with someone throwing a bottle of drink at him – and the match restarted after a lengthy delay.

The bizarre incident, as well as a red card for Everton midfielder Allan, led to 17 MINUTES of stoppage time being played.

Despite being a man down, the Toffees took advantage of that extra time on the clock, with Alex Iwobi scoring in the 99th minute to make it 1-0. 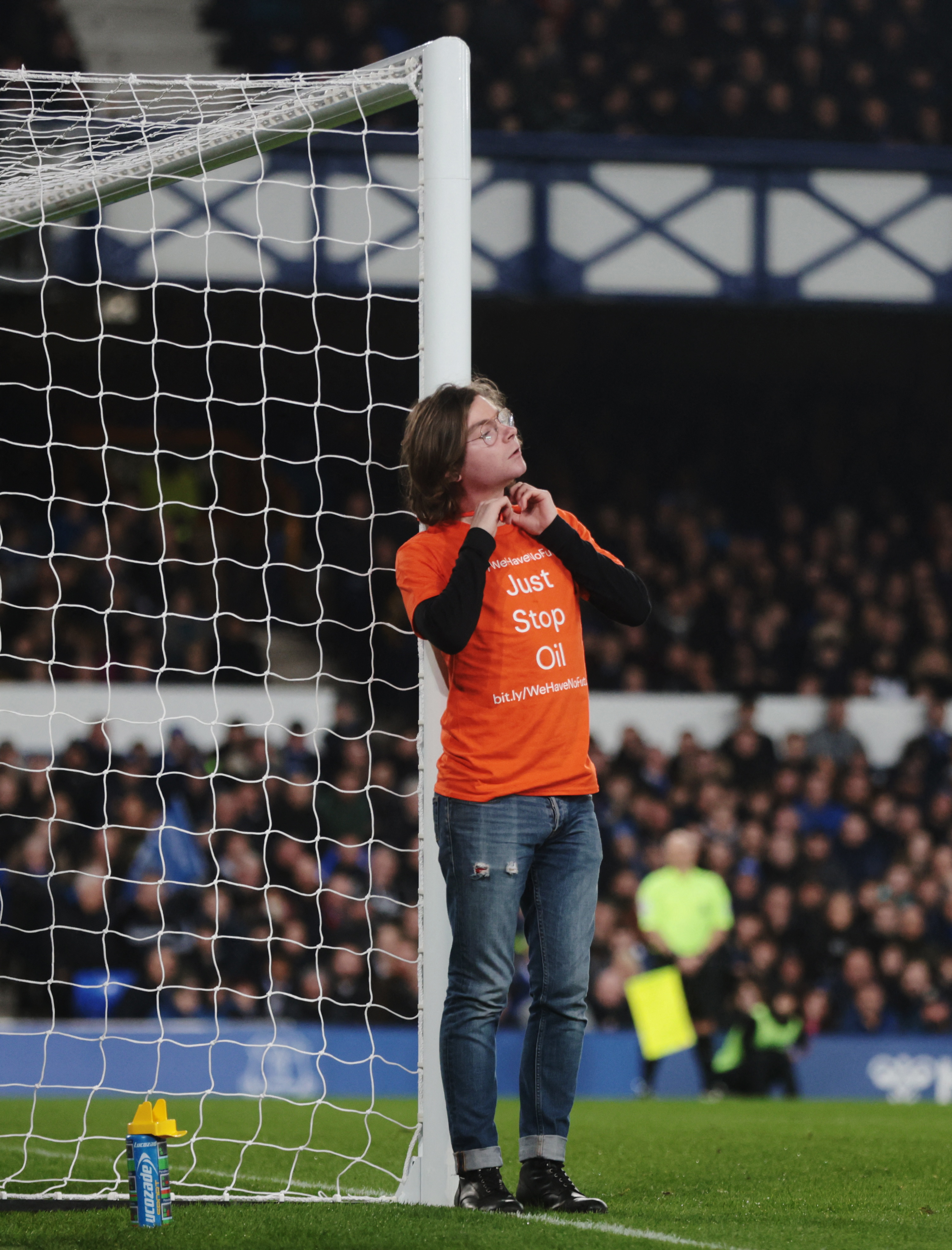 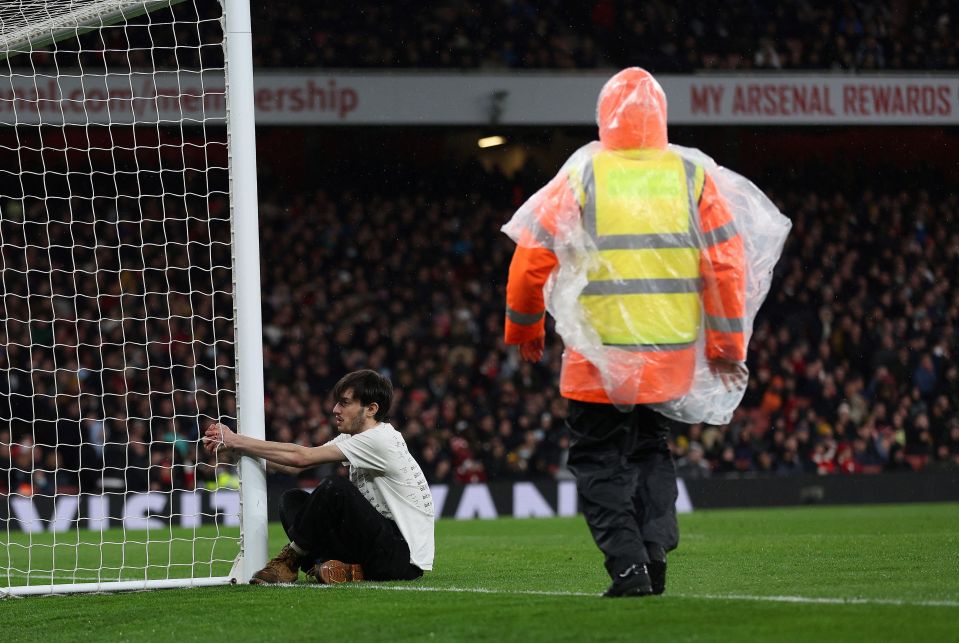 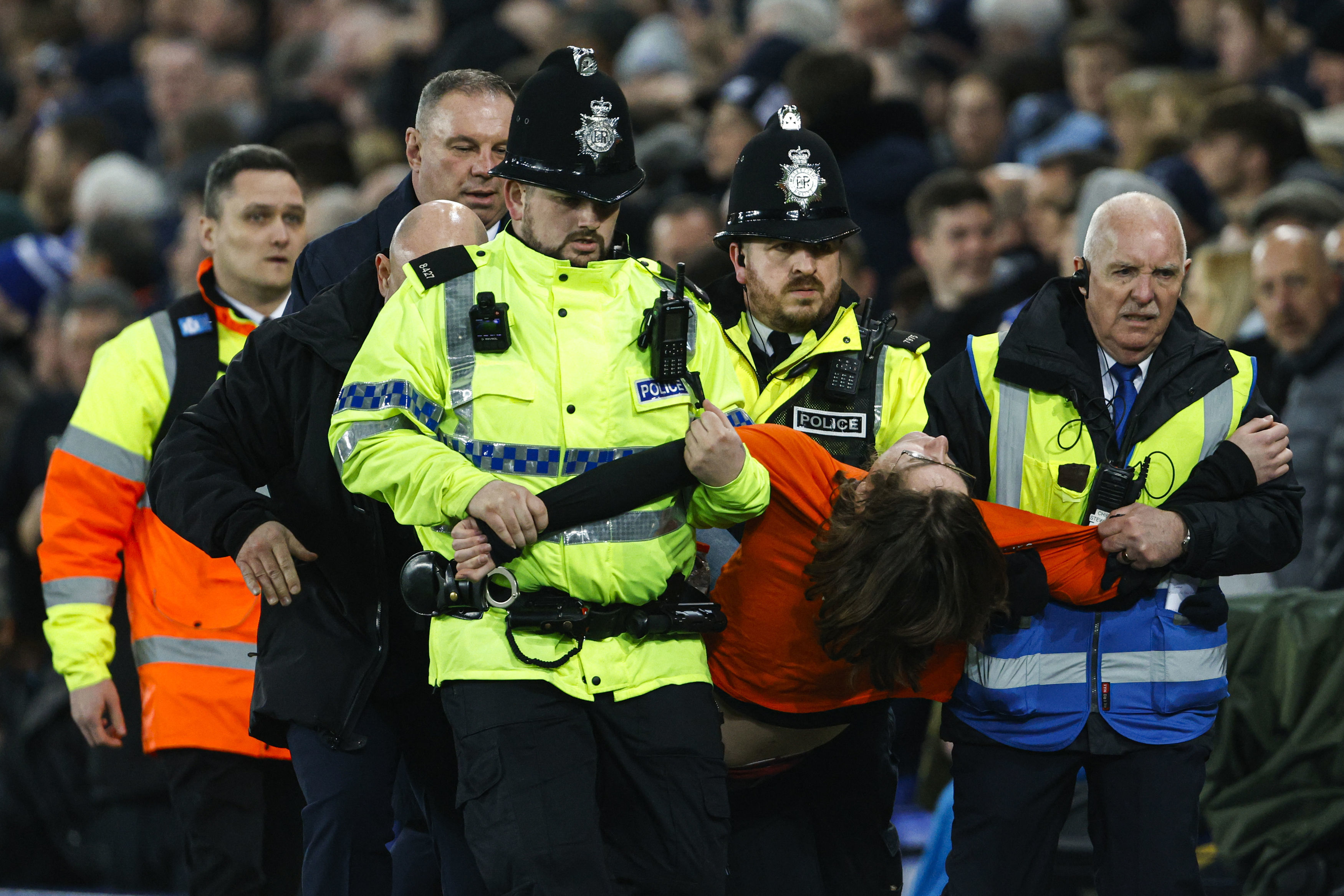 That proved to be the only goal of the game to give Everton a vital win – their first in five matches – and some breathing space ahead of the teams in the relegation zone.

The same group also claimed they were behind the brief stoppage at the Emirates on Wednesday night when a trespasser tied himself to Alisson’s post and sat on the turf.

That incident saw the spectator jump the hoardings on the hour mark, again wearing a T-shirt with a written message, before being quickly removed.

A steward then pinned him down with a knee on his back behind the goal as he waited for back-up as play resumed.

Motsoaledi: If you know you don’t qualify to be in a country, why stay?