How Dangote, Adenuga, Rabiu’s $24.9b Wealth Can Uplift 63 Million Nigerians 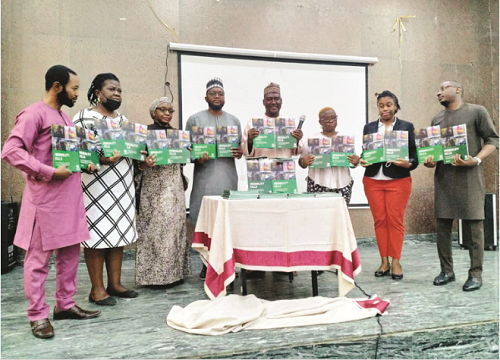 Inequality is a problem all countries of the world, including Nigeria, have been unable to address. A new report paints a horrible picture of its impact on the poor.

The recent COVID-19 pandemic came with a stark paradox – driving up the wealth of the three richest Nigerians while impoverishing millions of other citizens.

When the pandemic broke out in early 2020, it threw the entire world into turmoil. World leaders were in a race to find solutions to a virus that had affected every aspect of life – businesses, economy and others.

But it didn’t stop billionaires from profiting; from making profit. The pandemic presented an irony; a case of the rich getting richer and the poor man getting poorer.

According to the report “Inequality Kills” released by Oxfam in Nigeria – an international non-governmental organisation, billionaires made more money in the first two years of the virus than they had done in 14 years.

The super-rich and the pandemic

Globally, the report said 10 richest men more than doubled their fortunes from $700 billion to $1.5 trillion —at a rate of $15,000 per second or $1.3 billion a day— during the first two years of a pandemic that has seen the incomes of 99 percent of humanity fall and over 160 million more people forced into poverty.

It noted that billionaires’ wealth has risen since COVID-19 began than it has in the last 14 years with a new billionaire minted every 26 hours, as inequality contributed to the death of one person every four seconds.

Nigerian billionaires were not left out of the profit. In Nigeria, three billionaires – Aliko Dangote, ($13.5billion), Mike Adenuga ($6.5billion) and Abdulsamad Rabiu ($4.9billion) saw their wealth increased to $6.9billion during the outbreak of the COVID -19 pandemic which begun in March 2020, the report by Oxfam in Nigeria said.

Collectively, the total wealth of the three billionaires in Nigeria equal $24.9billion, the report stated.

The report said the billionaires saw their wealth increase by 38.3 per cent during the pandemic while 7.4million people are estimated to have fallen into extreme poverty in 2020.

It noted that two out of the three richest billionaires have more wealth than the bottom 63million of Nigerian society.

The report said there are 4,690 individuals with a net worth of $5 million or more, with wealth totalling $107.2 billion in the country.

It added that there are 245 individuals with $50 million or more with a combined wealth of $56.5 billion.

What the billions can do

According to the report, at $5 trillion dollars, this is the biggest surge in billionaire wealth since records began.

It said a one-off 99 per cent tax on the ten richest men’s pandemic windfalls, for example, could pay:

“If these ten men were to lose 99.999 per cent of their wealth tomorrow, they would still be richer than 99 percent of all the people on this planet,” said Oxfam International’s Executive Director Gabriela Bucher.

Extreme inequality is a form of economic violence, where policies and political decisions that perpetuate the wealth and power of a privileged few result in direct harm to the vast majority of ordinary people across the world and the planet itself.

According to Oxfam in Nigeria, globally, inequality is contributing to the death of at least 21,000 people each day, or one person every four seconds as a result of lack of access to healthcare, gender-based violence, hunger and climate breakdown.

“This is a conservative finding based on deaths globally from lack of access to healthcare, gender-based violence, hunger, and climate breakdown,” Oxfam in Nigeria said in the report.

It warned that inequality between countries is expected to rise for the first time in a generation, adding that developing countries denied access to sufficient vaccines because of rich governments’ protection of pharmaceutical corporations’ monopolies, have been forced to slash social spending as their debt levels spiral and now face the prospect of austerity measures.

Big jump in petrol and diesel prices expected in December

BREAKING NEWS: A Residency Applications Reopen After a 22-month Break – but Don’t Expect Approval Before 2025