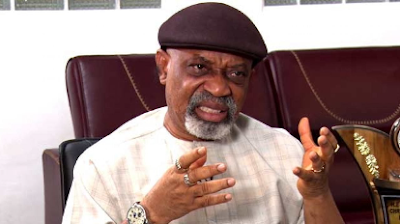 Dr Chris Ngige, the Minister of Labour and Employment, has congratulated the governor-elect of Anambra State, Professor Chukwuma Soludo of the All Progressive Grand Alliance, APGA, on his victory at the November 6 governorship election in the state.

Nigige said the people of Anambra made an excellent choice by voting the former governor of the Central Bank of Nigeria (CBN) to be their new governor.

Ngige, in a goodwill message issued by his Media Office on Wednesday, congratulated Soludo for a resounding victory in the election, saying it was a victory well deserved.

He said, “Ndi-Anambra have spoken with this resounding victory. Having contested in 2010 with Soludo, who was then the PDP candidate and myself in ACN; an election in which I was ‘awarded’ the second position even though I won outright and Soludo third, I knew that with his tenacity of purpose and drive, he would one day make it to the seat of the Governor of Anambra State.

“It is a case of patience and endurance, an aspiration nurtured to serve the people with all his strength, I seriously believe. Ndi-Anambra I know, will hence, entertain no excuses. Much has been given, hence the expectation is very high. Knowing Soludo as I do, however, I do not doubt that our people have made an excellent choice by voting him.”