Orlando Julius, the Afro-Soul Pioneer who inspired Fela Kuti and Birth of Afrobeat Passed On…….

by Omotayo Daranjo
in Entertainment, News
0

Like all forms of art, or generally anything worthwhile, Afrobeats stood on the crafty shoulders of sonic pioneers; individuals armed with ingenuity, creativity, and the gutsiness to veer from what was the norm. They were a group of iconoclasts who dared to infuse personal flavours and blend the hodge-podge of variant sounds into the harmonious tune that would go on to become one of West Africa’s biggest exports. The premier of those sonically crazed dynamos was Orlando Julius Aremu Olusanya Ekemode — or OJ as he was lovingly called by lovers of his critically-acclaimed melody. He passed away in the early hours of Friday at the age of 79, drawing tributes from far and wide. A musical virtuoso in the most connoisseur sense of the phrase: he was a saxophonist, singer, bandleader, and songwriter. And it can’t be more fitting that the multi-instrumentalist chose to join the cherubic band on a Good Friday.

OJ’s story almost falls into the banal troupe of grace-to-grace tales, but it also has an inspiring flavour of sheer grit and dedication that stands it out. A boy from the wattle-and-daub hovel of Ikole kindled the fire of a musical movement that would have the world marching to it. 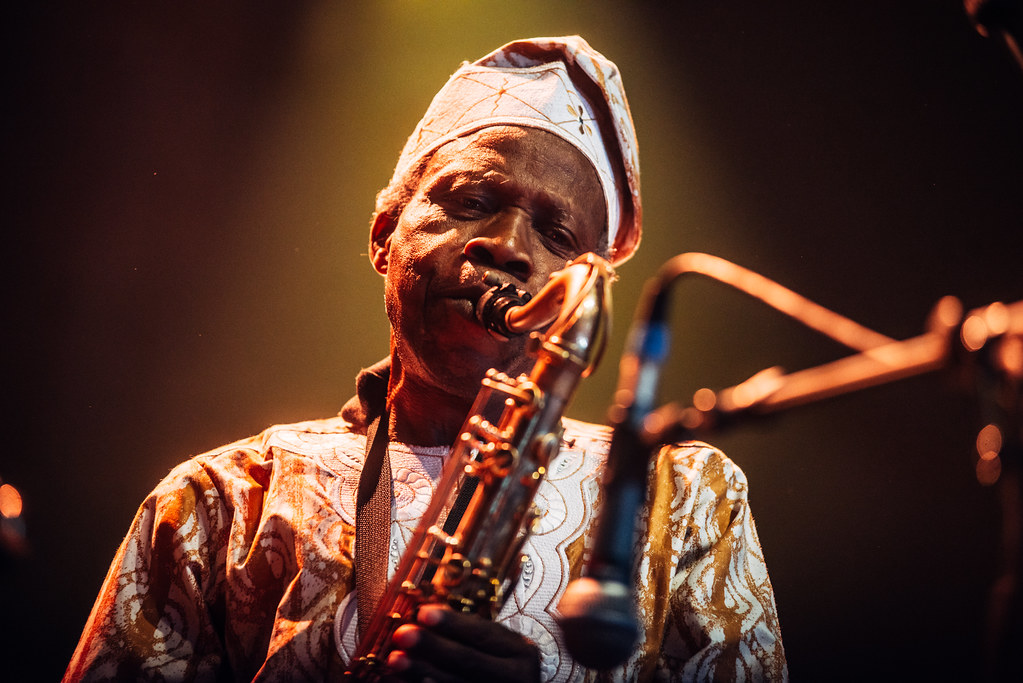 OJ was born in 1943 in the Ikole area of Ekiti state to a mercantile family that hailed from Ijesha in Osun. He was the fourth son in the family. He discovered his gift to beat and pinch pleasant tunes out of musical instruments while he was a pupil of St. Peter’s Anglican School, Ikole-Ekiti. He would play the drums and flute for the school band and graduated to performing in a local group called Mambo Dance Band.

Upon completion of primary education in 1957, he bounded out of Ikole-Ekiti township and headed for the limitless opportunities of the boisterous Ibadan, the capital of the then Western region of Nigeria; OJ had described Ibadan of the late ’50s and early ’60s as “the mecca of Nigerian music at that time with many different clubs and bands playing juju, highlife and other styles”.

With the absence of a music school in the structural sense, and pressed with hunger, OJ became picked up a bakery assistant job while honing his musical prowess as a member of some small bands. 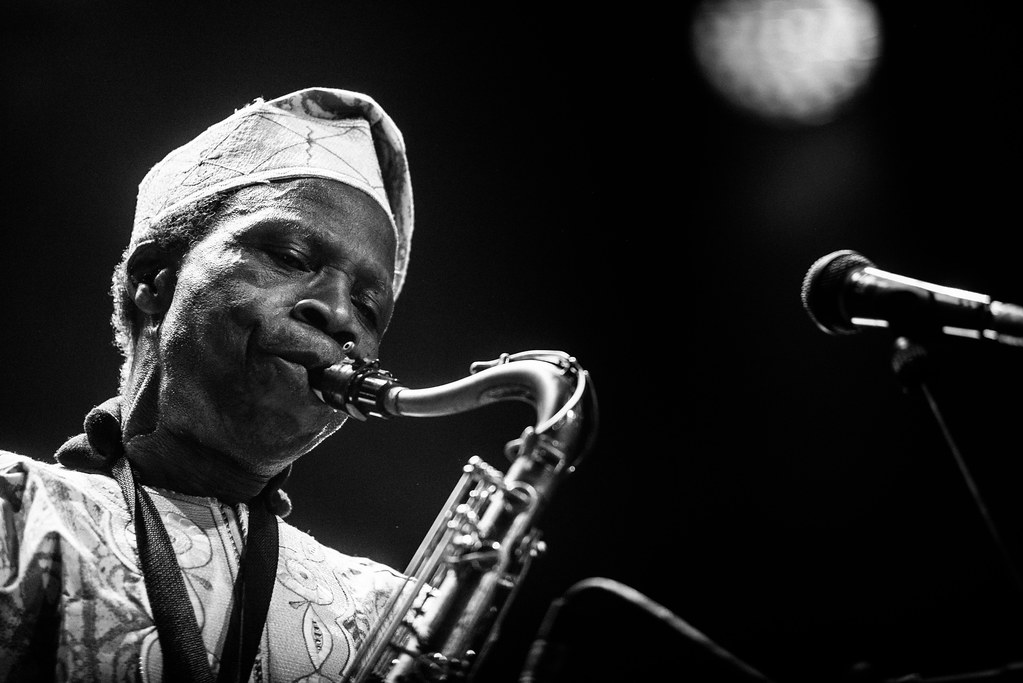 OWES HIS MUSICAL CAREER TO AWOLOWO

In later years, the lack of equitable music schools was solved by Obafemi Awolowo, then premier of the region, who created one in his political party’s secretariat. A persistent OJ would enrol and learn the basics of music, launching his confidence and thus beginning the journey of his music career.

He recorded his single ‘Igbehin Adara’ through the Nigerian Broadcasting Corporation (NBC) in 1960 and met many future co-conspirators in the music school.

“During that period, Chief Obafemi Awolowo was the premier of the Western Region, and due to the unavailability of a school of music in the region, he caused his party, Action Group, to establish one at the party’s secretariat at Oke-Ado, Ibadan, where I and some other big names in the music industry were given the opportunity to learn music. In 1960, I was able to record my first single, titled ‘Igbehin Adara’ through the Nigerian Broadcasting Corporation (NBC),” OJ said in a 2009 interview.

After several apprenticeships under the likes of IK Dairo, Jazz Romero, Eddie Okonta, and Rex Williams, where he picked up a medley of sounds like guitar riffs of Juju music and slow-tempo percussion of highlife, he founded his own band; Orlando Julius & His Modern Aces. 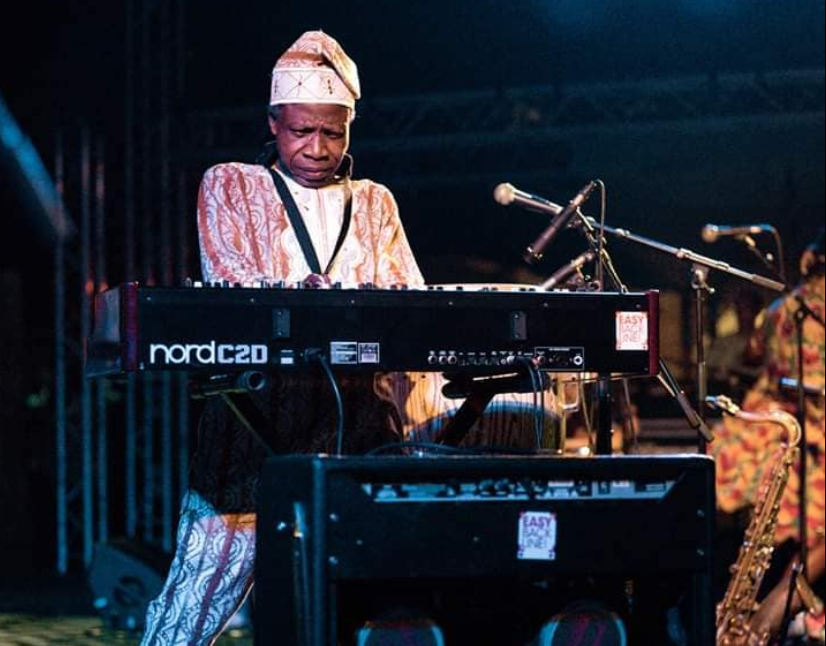 Although Fela Kuti and OJ were contemporaries, the latter claimed the former picked up bits of inspiration from his sound by observing him. OJ claimed Fela was a frequent visitor to his band performances in Ibadan when the Afrobeat pioneer had just returned from his studies abroad.

He said Fela “always stands near the stage with his trumpet [this was before Fela switched to saxophone] and just plays along”.

OJ added that he even gave Fela “some of my musicians – Eddie Fayehun, Isiaka Adio and Ojo Ekeji – to get him started”.

“So by that time, I really liked the way he played the trumpet. [I would] always go and pull him on the stage to play,” he told Stewart Gary in the book titled ‘Breakout: profiles in African Rhythm’.

“He was playing jazz. And later he found out that he has to come back to his roots before he can be known. And already we were there.

“Fela came to my club every week to check out what we were doing. He sat in with us; he was still playing the trumpet in those days and hadn’t taken up the saxophone.” 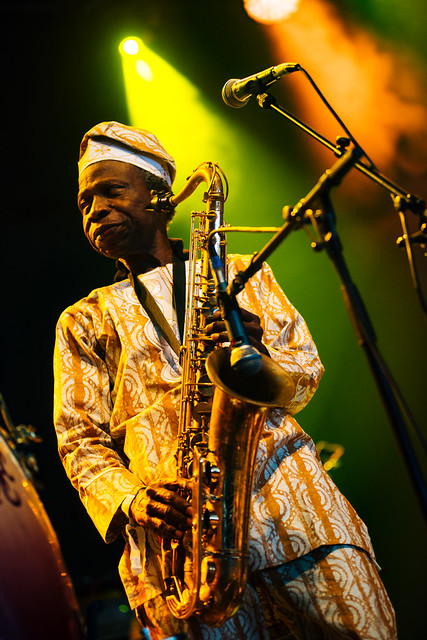 SWITCH TO AFRO-SOUL AND DAWN OF AFROBEAT

Having understudied several Nigerian music legends and picked up cores from their tunes, OJ added traditional flavour to his own sound and, alongside his Modern Ace band, created Afro-soul — the direct ancestor of Fela’s Afrobeat.

“From late ’58 to ’60, I’d gone through many changes. You know, many bands. And I didn’t really like playing too much highlife music by that time. I like to learn, [but all my goal was just to put traditional that I started with, and add a little bit of horns and guitar, and then do my own thing,” OJ said.

“We started out playing highlife, but I was listening to American soul music like Sam & Dave and Smokey Robinson and The Miracles, and I was the first to modernise Nigerian music with rock, jazz and soul and R&B.

“A lot of students from overseas and American ex-pats came to my shows, so we catered for them. I wanted to play music for everyone. That meant highlife but with international elements. I liked to play like Ray Charles or Jimmy Smith. I was composing and putting different styles into my music. It was my own invention and idea to develop highlife. It was like Afrobeat, but my record company, Phillips, named it Afro-soul. I didn’t worry as long as it had Afro in the name. That was what was important to me.”

Tony Allen, another pioneer of Afrobeat and a close associate of Fela, also credited OJ for crafting the foundation for the tune.

“What Orlando was doing was a bit different from everyone else. When we started doing Afrobeat, everybody said they were doing it first. But he’s right that what we did was a highlife/jazz fusion. That’s what everybody was trying to copy, and Afrobeat came out of that,” he told Songlines.

OJ released his first hit in 1965. The song ‘Jagua Nana’ was so successful that it sent the band on tour across West Africa. The following year he released ‘Super Afro Soul’, which was described by AllMusic as a “dramatic, highly melodic incorporation of soul, pop, and funk” which “made him a national celebrity in Nigeria” and influenced American music.

His music style was endorsed by James Brown, the American singer recognised as the godfather of soul music. 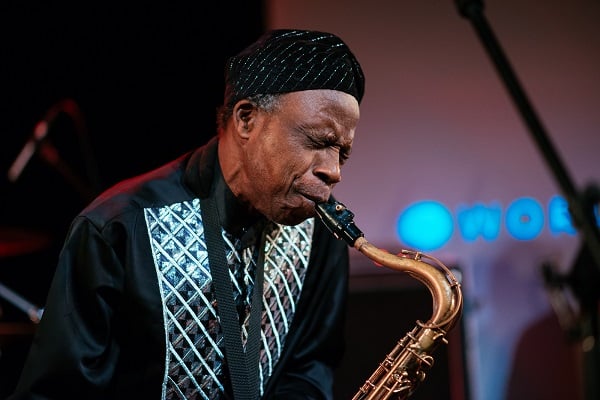 ADVOCATE FOR ORIGINALITY AND LIVE PERFORMANCES

OJ was an advocate for the return of live performances among modern contemporary Afrobeats artistes.

He also encouraged them to embrace originality, adding that lack of it will result in disrespect of their craft from the West.

“Their rhythm is through machine. That’s why people overseas did not accept the Naija hip-hop. People up there want something different from what they have been listening to in their countries,” he once said in an interview.

“That’s why the late Michael Jackson remained the original musician till his death. All his albums were recorded through a live band, and anywhere he performed it was a live band on the stage throughout.

“By and large, I want to commend these boys, coming from the background of singing like American or British people and now writing songs in their mother tongue such as Yoruba, Igbo, Hausa etc. It is a plus to these guys, I give it to them.

“But, I want them to start having their own live bands with African rhythms. It is only late Fela Anikulapo-Kuti, King Sunny Ade, Sikiru Ayinde Barrister and a few others that are watched by Oyinbo people whenever they come to the United States or Europe. Their rhythm is a thoroughly real African instrument that Oyinbo wants to hear.”