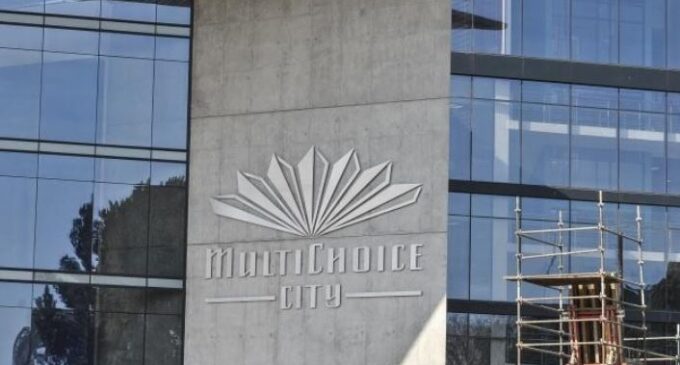 Multichoice Nigeria Limited says it has complied with the directives of the tax appeal tribunal (TAT) by depositing an amount required by the law with the Federal Inland Revenue Service (FIRS).

The company made this known on Thursday at the resumption of the tribunal hearing over the alleged N1.8 trillion tax evasion dispute.

Multichoice is the parent company of DStv and Gotv – popular subscription-based platforms in Nigeria.

At the hearing, counsel to MultiChoice said the company has complied with the payment of N8 billion — paid in two tranches to the FIRS account as instructed by the tribunal on the provision of the FIRS Act.

Paragraph 15(7)(c) of the fifth schedule of the FIRS Act, 2007 requires an appellant to pay 50 percent of the tax paid the previous year plus 10 percent mark-up as security before prosecuting an appeal.

At the last hearing, the TAT had upheld the FIRS submission and directed Multichoice to deposit with the FIRS an amount equals 50 percent of the assessment under the appeal plus a sum equal to 10 percent of the said deposit as a condition for further hearing of the appeal.

The directive had generated confusion among stakeholders as FIRS had asked the company to pay 50 percent of the disputed sum (N900 billion) under assessment.

“We have before you an affidavit of compliance. A sworn statement made under oath, first, on the 9th of Sept. Second, 22nd of September 2021,” MultiChoice told the tribunal at the resumed hearing.

“An assessment of N1.8trn was levied on the appellant. Appellant case before your honour is that this amount is arbitrary. No science to it and respondent contrived the numbers. The reality of the appellant’s business is far from what the respondent fixes in its office.

“In respect of this dispute, N8 billion has been paid in the case pursuant to paragraph 15(7) of the FIRS Act. And N2bn in respect of VAT in another matter here before your honour

“We provided two options for the tribunal to work with. Either for 2010 as a preceding year for 2011 or 2019 because we want it to expedite actions. The N1.8trn burden is resting on our finances and our auditors will look at our books if we did not get it out quickly.

“We have displayed enough seriousness and either way tribunal chooses to look at it. Appellant has over complied with the directive.”

On its part, the FIRS said Multichoice’s affidavit and documents are self-contradictory and lacked value.

The agency urged the administrative court to discontinue the hearing of the appeal and enter judgment against MultiChoice if the company fails to fully comply with the directive of 50 percent of the N1.8 trillion tax assessment for the years under review.

“Our prayer is made on the basis of the provision of paragraph 15 sub 7 of the 5th schedule of FIRS Establishment Act.

“We urged the tribunal to refer to paragraph 3 of the appellant’s owned amendment notice of appeal, particularly paragraph 3. 4, dated and filed July 27, 2021.

“If this tribunal would look at the language of paragraphs 3 and 4 of appellant notice of appeal and provision of FIRS Act, it will see the accounting years which is the subject of assessment from 2011 to 2020.

“A preceding year of each of this assessment will require this tribunal to expect the appellant to deposit the charge for each year preceding their accounting year.

What they have done is to selectively pick and choose the preceding year to reckon with.

The FIRS urged the tribunal to ask Multichoice to make payment for all preceding years under appeal.

“Our submission is that the assessment under appeal ought and should be confirmed by this tribunal.

“We urged you the Chairman, and other members to please direct that this appeal is foreclosed on the basis of non-compliance in view of the absence of clear evidence on the order of August 2021.”

AB Ahmad, the tribunal chairman, noted the arguments of both parties and adjourned to October 20, 2021, for the ruling, asking all parties to submit necessary notices before the date.

BBNaija: “I Had A Vision Where Liquorose Won the Show” says Cross