A 28-year-old postgraduate student, Hillary Indira Gardee, who disappeared four days ago, has been found dead in South Africa.

Hillary, the daughter of Godrich Gardee, a South African politician and former Secretary-General of the Economic Freedom Fighters (EFF) disappeared on Friday, April 29, 2022.

The victim, who was born in Lagos, Nigeria, in 1994, was last known to have gone shopping at a plaza in Mbombela (Nelspruit). She was wearing a black top and black trousers and was carrying a shopping bag and a laptop carrier. 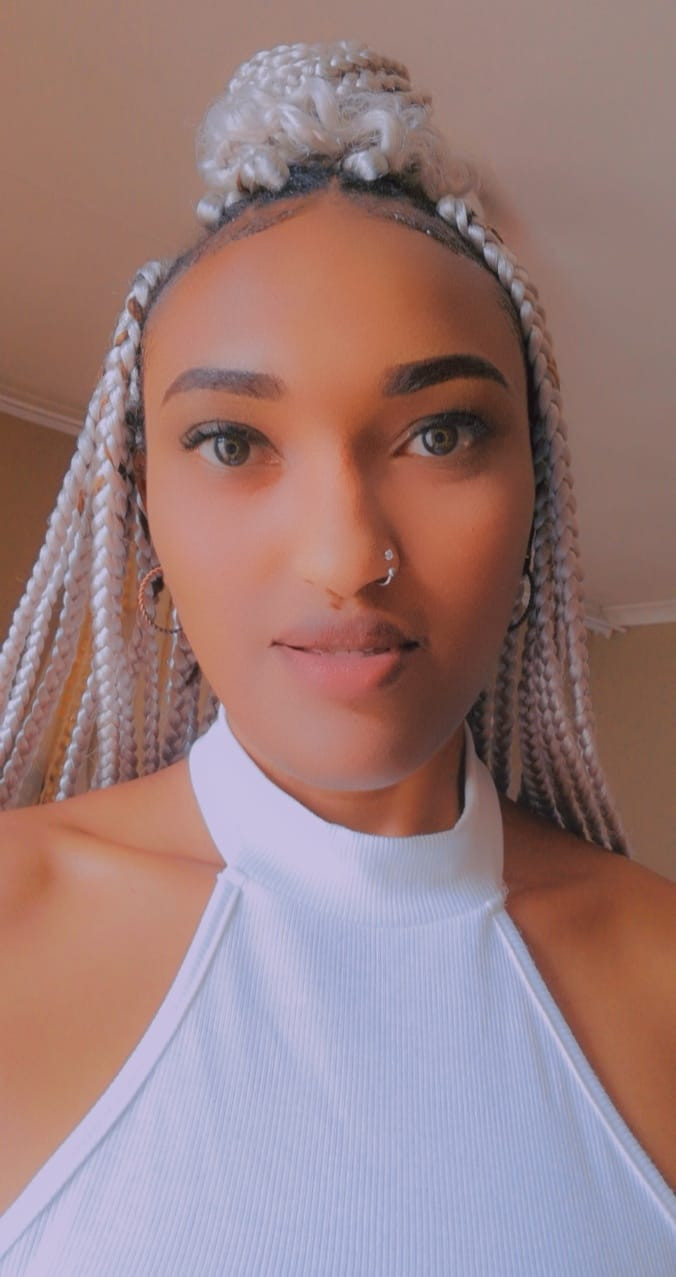 Police said the victim was with a three-year-old girl when they both vanished. Surprisingly, the child was found but Gardee was nowhere to be found. She was reported missing by her family on Saturday.

EFF spokesperson Sinawo Tambo, who confirmed the sad development on behalf of the Gardee family, said her body was found on Tuesday morning, May 3, about 60km from where she disappeared in Mbombela.

“Information is still coming in so we don’t know for sure what happened, but it looks at this stage as though she was abducted and murdered,” he stated.

“The family is obviously devastated and they are asking for patience at this time. We would like to convey to everyone our thanks and gratitude for their help, support and love people have been showing,” Tambo said.

“This heartbreaking news has left the Gardee family distraught and the collective leadership of the EFF at a loss for words,” the party said.

“Her loss has left immeasurable devastation, as he [Godrich Gardee] grapples with the pain of losing a child in such a callous, cruel and inhumane manner.”

Mpumalanga police spokesperson Col Donald Mdhluli said police were called out to the scene where Gardee’s body was discovered by a group of people.

“They were on their way to work when they came across the body of a lady. She has now been identified by her family as Hillary Gardee. She was still wearing the same clothes she was in when she went missing,” Mdhluli said.

“There were some wounds on her head and police are now investigating a murder case. Anyone with information that may assist police in the investigation  maybe people who know who the killer is — can call the Crime Stop number at 08600-10111. Alternatively, members of the public can send information via MySaps app. All information will be treated as confidential and callers may opt to remain anonymous,” said Mdhluli.

Hillary was the attorney’s eldest daughter. She was described as an enthusiastic, kind and loving person who had a passion for information technology (IT). She was a student at the University of SA studying IT part-time while running her own business.

“Her kindness and generosity was most evident in her commitment to adopt and care for a three-year old child who, by the grace of God, was spared on the day of Hillary’s abduction. She looked after the child as if she were her own, an inspiring act for a woman of such a young age,” said the EFF.

“We send our deepest condolences and sympathies to commissar Gardee, the Gardee family and those who were close to Hillary. We mourn with the Gardee family, and will provide a helping hand to ensure her memory is preserved and she goes to her final resting place with dignity.

“May this chapter, which has ended in such an unfortunate manner, be instructive to all of us on the scourge of gender-based violence and the need to fight against the war on the women of this country.” 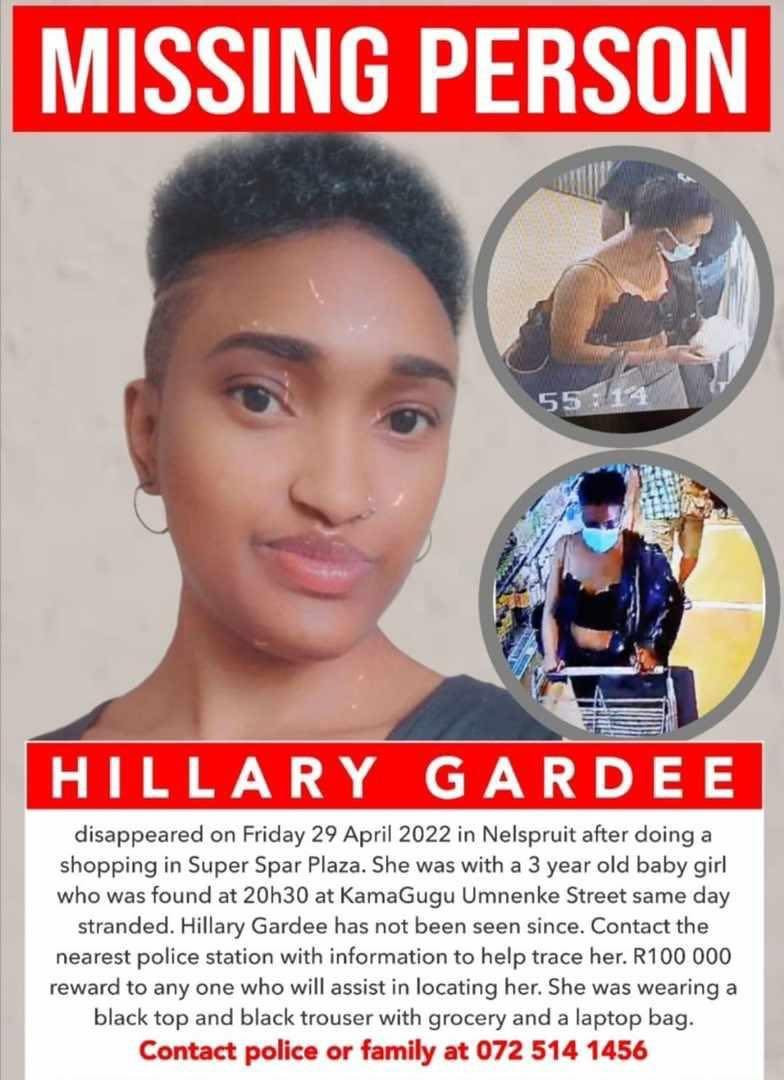 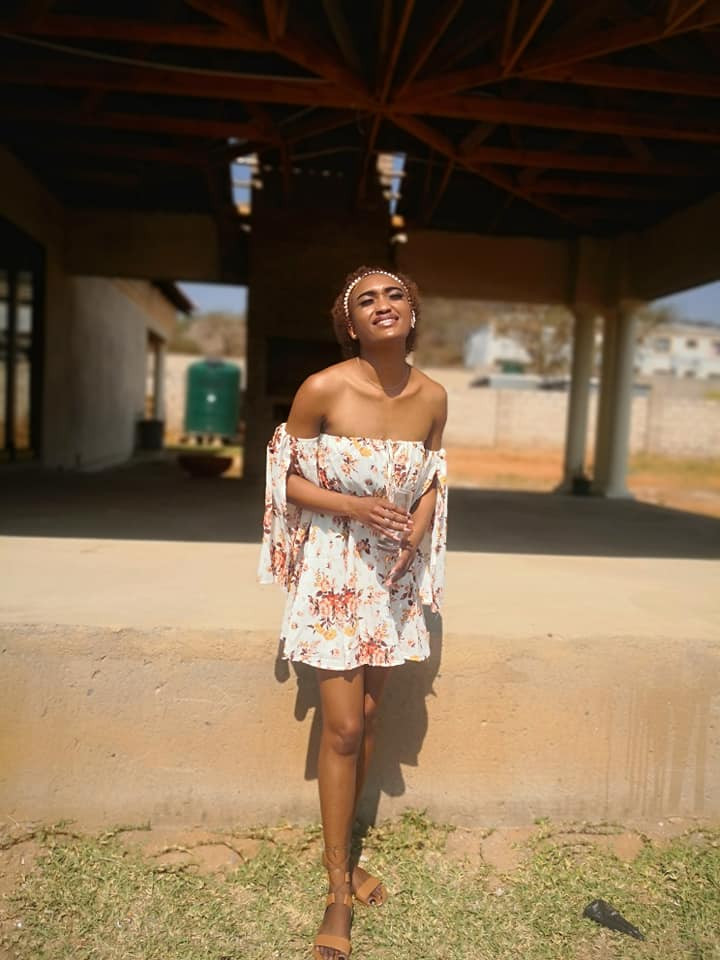 Davido’s female fan breaks down in tears, says he gave her ‘just N800’ after jumping on stage for him [Video]