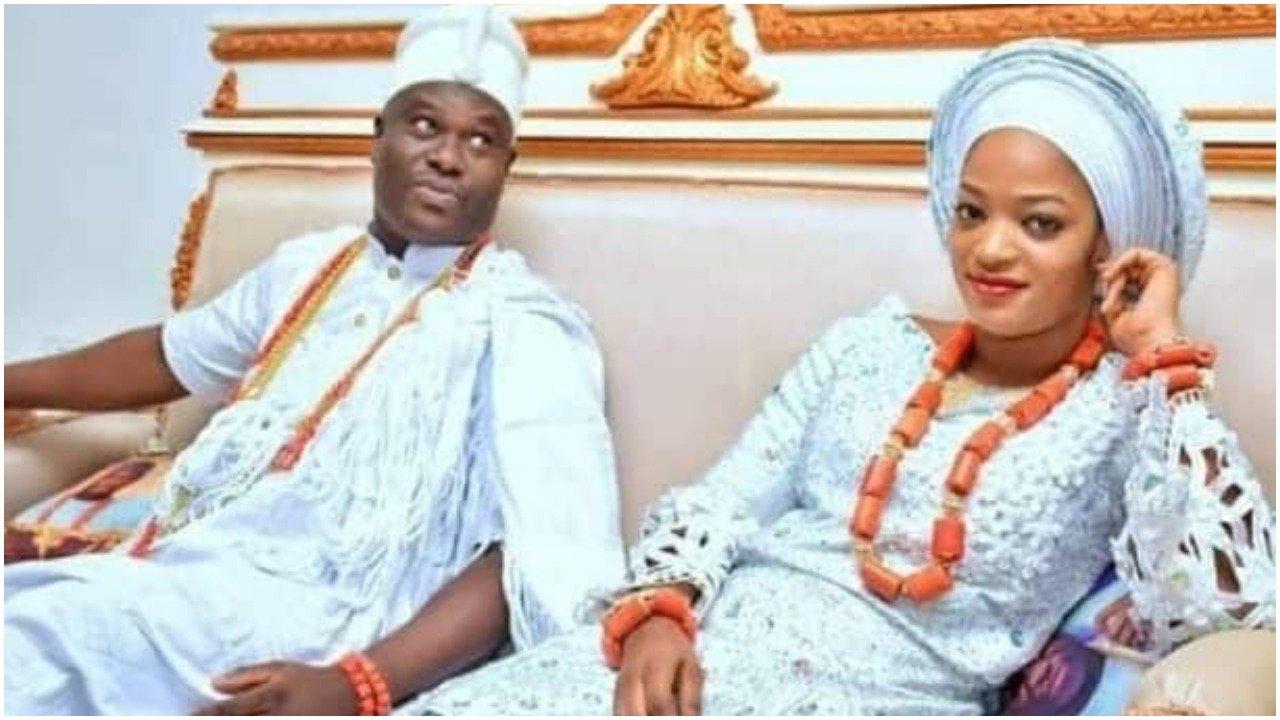 The chairman, Ondo state council of Obas and the Deji of Akureland, Oba Aladetoyinbo Aladelusi has intervened in the conflict between the Ooni of Ife, Oba Adeyeye Ogunwusi and his estranged wife, Olori Naomi.

A reliable source told Vanguard that the Oba Aladelusi has reached out to both parties in a bid to end the skirmishes.

Olori Naomi who hails from Ondo town, in Ondo state got married to the monarch in the year 2018.

She has reportedly moved from the palace in ile- lfe, Osun state to Akure, the state capital before the announcement of her separation from the monarch.

But in a swift reaction, the Ile-Oodua Palace said that the alleged separation of Queen Silekunola Naomi Ogunwusi was unknown to the palace.

The spokesperson to the Ooni of Ife, Comrade Moses Olafare said the palace is not aware of such separation, saying the king and queen went to bed last night (Wednesday) as husband and wife.

He adds, “Separation is a two-way affair, it is not something that is announced by one party. The announcements of separation are subject to agreement by both parties, so, to that extent.

“The palace is not aware of such separation because we all went to bed last night having the king and queen being together.

“So, if by this morning, the queen went to her social media to write that she is no longer in marriage with Ooni, we will look into it to see whether or not the Instagram page truly belong to her, and to know the reason behind it.

Vanguard reliably gathered in Akure, the Ondo state capital that the Deji of Akure intervened by meeting personally with Oba Ogunwusi and the Olori separately in Akure and Ile lfe.

The meeting it was said was successful as both parties reportedly responded positively to the intervention of the Deji of Akure land.

A source privy to the meeting told Vanguard that ” lt is true that the chairman of the Ondo state council of Obas and the Paramount traditional ruler of Akureland, the Deji took it upon himself to wade into the conflict between his fellow Oba and the Olori.

” It will interest you that the matter would soon be resolved as both parties have agreed to sheathe the sword.

” Their differences are normal in marriage, it’s nothing unusual, its a teething problem and within a couple of days, the Olori will move back to the palace and life will continue.

” Dont believe all the stories in the social media, it was over-bloated, the couple would soon reconcile going by the intervention of the Deji of Akure.

Contacted for comment, the Press Secretary to the Deji of Akureland, Michael Adeyeye confirmed the intervention of the monarch.

Adeyeye said that ” yes the chairman council of Obas in the state, the Deji of Akureland has personally paid a private visit to both parties and the matter was discussed and being ironed out.