SUBSCRIBERS CAN LISTEN TO THIS ARTICLE The State Capture Inquiry recommends that the authorities take action against “Mama Action” Nomvula Mokonyane after finding enough evidence that she received gratification from Bosasa.

“The matter is referred to the appropriate authorities for further investigation and prosecution of Ms Mokonyane on charges of corruption in terms of section 3 and/or 4 and/or 11 and/or 12 and/or 13 of PRECCA [Prevention and Combating of Corrupt Activities Act],” the report stated.

Zondo found there were “clearly extensive attempts by Bosasa and its leaders, through various forms of inducement and gain, to influence Ms Mokonyane in her position as a member of the national executive, the provincial executive and office bearer in organs of state”.

The commission also found sufficient evidence to establish that Mokonyane accepted gratification from Bosasa, which held and sought to obtain contracts with the government.

This included her lavish 40th birthday bash and monthly payments of R50 000.

The presidency released the fourth part of the commission’s report on Tuesday night. It comprises four volumes and about 1 000 pages in total. It only deals with Bosasa.

Mokonyane is a longstanding leadership figure, initially in Gauteng and later on the national stage.

Chief Justice interview: Mpofu denies he is conflicted in interviewing ZondoDespite the fact that he is facing an investigation over professional misconduct towards acting Chief Justice Raymond Zondo at the State Capture Inquiry, advocate Dali Mpofu says he has no apprehension in being part of Zondo’s upcoming interview for a position of chief justice. 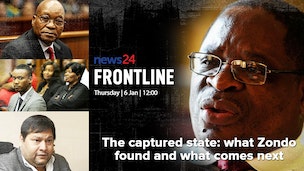 WATCH LIVE | FRONTLINE: The captured state – what Zondo found and what comes next
1 Month Ago 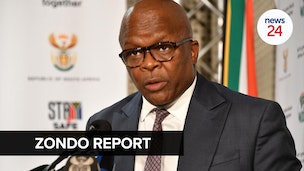 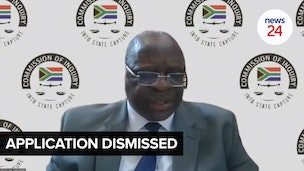 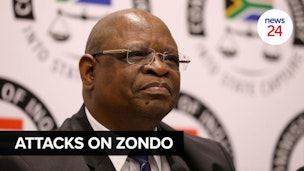 WATCH | Emotional Zondo on Zuma attacks: ‘It hasn’t been easy… but I would do it again’
8 Months Ago

In terms of executive office – she served as an MEC from the late 1990s in the provincial Gauteng government. She became Gauteng premier in 2009. In 2014, former president Jacob Zuma appointed her to his Cabinet, initially as water and sanitation minister

She got the chop when President Cyril Ramaphosa appointed his Cabinet after 2019. She works for the ANC in Luthuli House as the party’s head of organising.

Govt kicks off Process for Kyari’s Extradition to U.S.