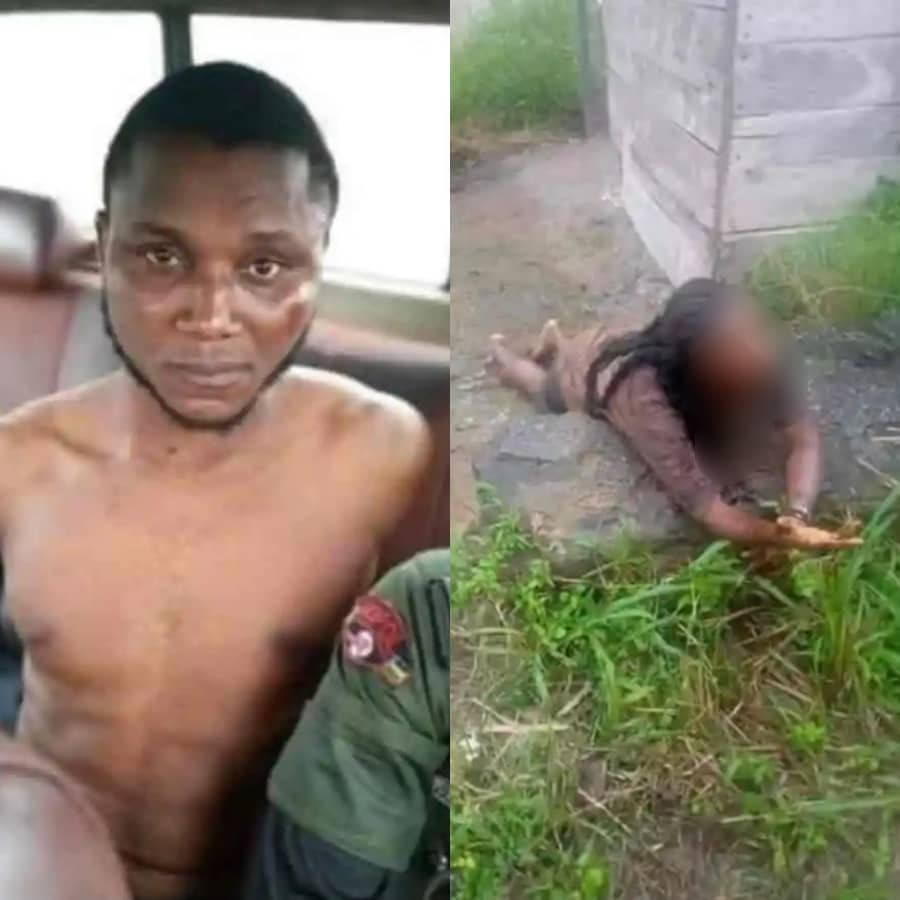 The police in Bayelsa State has arrested a suspected yahoo boy in Ogobiri community in Sagbama local government area of Bayelsa State over alleged attempt to slaughter a female student of the Niger Delta University (NDU) for ritual purpose.

The incident, which occurred in the early hours of Tuesday, September 21, attracted vigilantes of Ogobiri and Ammassoma along the Setraco Road, along Ogobiri-Toruebeni drive in Sagbama local government area of the state. It was gathered that the victim, an indigene of Ammasoma in Southern Ijaw local government area, identified as a student of Niger Delta University Wilberforce Island, Amassoma, Deborah Emafridom, was lured to an uncompleted building with promises of monetary reward.

A member of the vigilante group, who pleaded anonymity, told police the female student was tied on the legs and hands when she was rescued. She was on the verge of being butchered before they were discovered and apprehended.

Confirming the arrest, the spokesman of the Bayelsa Police Command, Asinim Butswat, said the arrest of the suspect was carried out by the combined operation of the Operatives of Operation Doo Akpor in collaboration with the vigilante members of Ogobiri community, Sagbama local government area.

“The suspected ritualist one Sunday Favour Ojo ‘m’ who hails from Edo, State, was arrested on 21st September, 2021, at about 1100hours, at Ogobiri- Toruebeni drive in Sagbama local government area. The suspect lured his victim one Deborah Emafridom ‘f’ a student of Niger Delta University Wilberforce Island, Amassoma, to a nearby bush tied her hands and was about to slit her throat when he was apprehended by the vigilante members and police operatives.

The commissioner of police Bayelsa State Command, CP Echeng E. Echeng, commended the vigilante members for their role in the arrest and appeals to members of the public to continue to volunteer useful information to the police and other security agencies, as discreet investigation into the matter has since commenced.” the spokesperson said