Taking to His Instagram story, Jelicia Westhoff Showed Her Support for Her Man and Praised Him for His Effort. 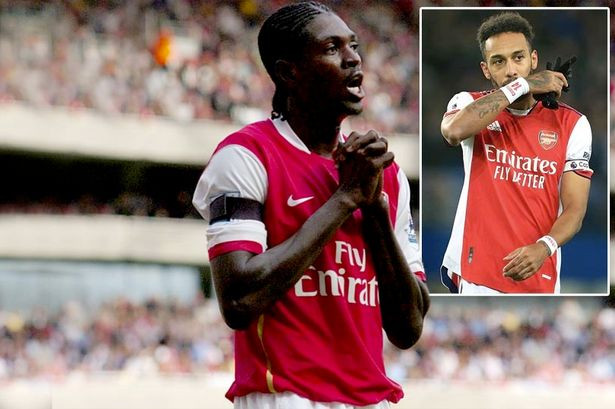 Emmanuel Adebayor has slammed his former side Arsenal over Pierre-Emerick Aubameyang’s treatment after they stripped him of the club’s armband over disciplinary breaches.

The former striker played for the Gunners between 2006 and 2009 before he was forced through a transfer to Manchester City.  He also played for Arsenal’s fiercest rivals, Tottenham.

He believes he was never forgiven by the Arsenal faithful and likens the way he was treated to what Aubameyang is facing.

The Togolese claims the Gabonese striker must be going through a similar situation he was in.

According to Adebayor, he’s already sent a message to the former Arsenal captain and hopes he returns stronger.

‘I know he’s going through a lot, because that’s Arsenal for you,’ he said via Sky Sports.

‘They never knew how to forgive, so I know he went through a lot. He’s a fantastic player, I wish him all the best – I’ve sent him a message already.

‘We just want him to bounce back. Whether we like it or not, he’s an African brother and we want him to keep representing Africa the way he was doing before.’